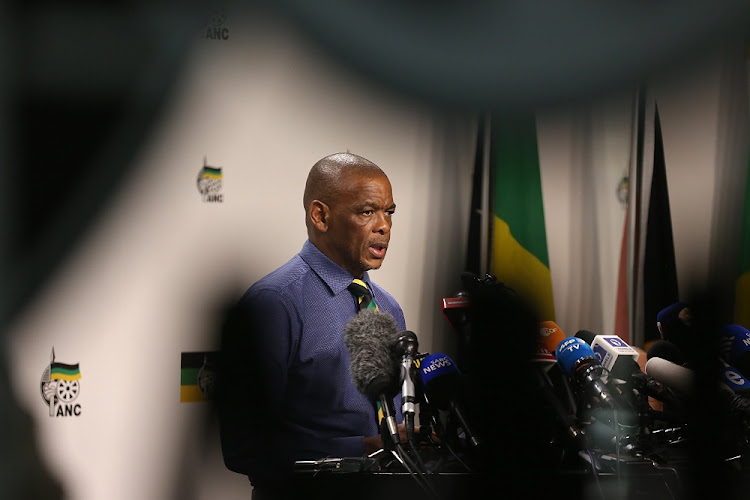 State capture accused ANC secretary general Ace Magashule has dismissed corruption allegations as a well-orchestrated and deliberate attempt to “deal with him“.

In an interview with eNCA on Thursday‚ Magashule responded to claims in journalist Pieter Louis-Myburgh’s newly released book Gangster State‚ which implicates him in a list of corrupt activities during his tenure as Free State premier.

The book claims that Magashule was a key figure in the Gupta family’s state capture project in the province‚ allegedly forcing MECs to do the family’s bidding and directing state spending towards the Indian family’s business interests.

“There are lies about me and the Guptas. Wait and see when I take legal action because they are well-coordinated‚ well-orchestrated‚ and deliberate to weaken the ANC‚ to deal with me. I am the product of the ANC structures. I am not corrupt‚” Magashule said.

“Go to the Free State‚ go and check what we have done there. When it’s white‚ there is no corruption. I will give you the companies in Free State which got work throughout years‚ even when I was there; nobody talks about any white company‚” he said.

Another topic of discussion in the interview was the party’s controversial parliamentary list.

The Electoral Commission of South Africa has received objections relating to about 30 names on the list‚ including Malusi Gigaba‚ Bathabile Dlamini‚ Cedric Frolick‚ Vincent Smith and Nomvula Mokonyane.

“This process of the list started in 2018. We are now here and the ANC branches went through the process‚ vigorously so. In December‚ we had the national list conference which constituted provinces‚ the national executive and the alliance … This is the first time we are being so democratic‚” Magashule said.

“When the ANC leaders are attacked‚ I am the first point of defence. There is an agenda of reversing the gains of our revolution. How many others have been alleged to have done certain things in the entire country?

“I can see the persistent attack on certain leaders‚ diversion from others deliberately so. The media has its own agenda to deal with the ANC and its leadership‚ that agenda will be exposed in time‚” he added.