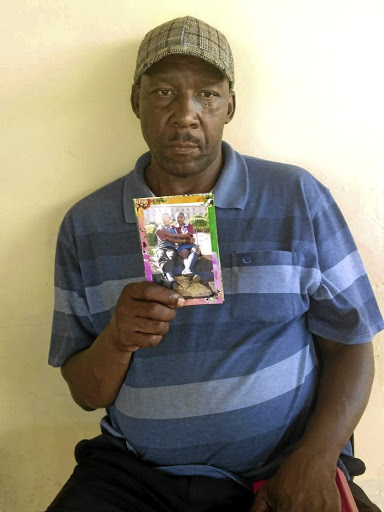 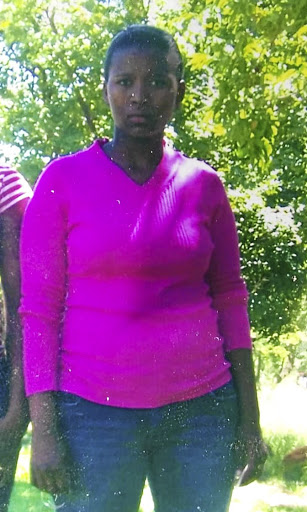 A five-year-old girl who saw her stepfather allegedly kill her mother was found laughing with the man as they sat on the bed with the mother's body underneath it.

Police found the girl and Thabo Moabi, 31, in the house in Mogajane village in Rustenburg, North West, two hours after the brutal murder had occurred last Wednesday.

Segametsi Molefe, 30, was stabbed to death after she allegedly had a heated argument with Moabi, her live-in lover who had just told her that he had impregnated another woman.

Segametsi's grandfather Samuel Molefe told Sowetan yesterday that two years ago, they informed Moabi that he was not the father of the girl. The couple had been dating for six years.

"We do not know if he wished the daughter was his or what happened.

"We do not know whether he made another woman pregnant because he wanted a child of his own but we know that he killed our sweet daughter."

Molefe said Segametsi had stayed with Moabi even though he allegedly abused her.

"She did not deserve to die that way. It looks like this man had been abusing her for a while and she kept quiet ... to her grave," Molefe said.

Segametsi's family said police found her body under the bed, with her clothes torn and covered in blood.

Her other grandfather, Michael Molefe, said Moabi pushed the body under the bed before sitting on top of it with the girl, who is now in the care of her grandparents.

Seven teenagers implicated in the killing of Polokwane musician Thorisho Themane were on Wednesday granted R2,000 bail each - with the proviso they ...
News
3 years ago

The sole surviving suspect in the bludgeoning of seven family members from Vlakfontein, south of Johannesburg, was expected back in the Protea ...
News
3 years ago

He said the police were called by Moabi's brother who suspected that his brother had killed Segametsi. Police arrived at the house two hours later.

"The police told us that at first he said he did not know where she was and that he last saw her two days ago," Michael said. He said after the police interrogated Moabi, he then pulled the body from underneath the bed.

"What he did was horrible and brutal. I cannot imagine a person who would just sit with a dead person and pretend as if nothing happened," he said.

Michael said he was worried about his granddaughter.

"We do not know what to say to her. We wonder how much she saw while her mother was being killed," he said.

The family said they never liked the boyfriend.

Segametsi's father Basimane Molefe said police had painted a gory picture of how his daughter died.

"She wanted nothing to do with him after he told her that he had impregnated another woman living on the same street as theirs.

Segametsi wanted to come back home [to Phokeng] but he did not want to let her go."

Her mother was too distraught to talk. The family said they were angry that Moabi's relatives had not sent their condolences.

"Their son took away our daughter and killed her. The least they could do is to come and apologise," Basimane said.

North West police spokesperson Lt-Col Amanda Funani said Moabi was arrested on March 28 and charged with murder. He is expected to appear in the Tlhabane magistrate's court on April 10 for a bail application.