Vlakfontein family murders accused back in court in May 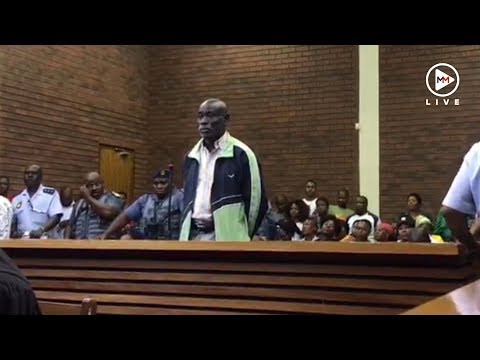 A suspect in the murders of seven family members in Vlakfontein will have to wait until next month to hear where he will be tried.

Fita Khupe appeared briefly in the Lenasia magistrate's court on Tuesday on seven counts of murder and possession of stolen property after he and Ernest Mabaso, his deceased co-accused, were arrested for the deaths of the Khoza family members in October 2018.

Prosecutor Tumi Maunye asked for the matter to be postponed while they wait for the director of public prosecutions (DPP) to decide where Khupe will be tried. Maunye further told the court that charges against Mabaso have not been withdrawn yet despite the state being in possession of his death certificate.

“The docket has been referred to the DPP’s office for a decision to be made on the forum. Whether the matter will be heard here, a regional court or a high court. As far as the deceased accused is concerned, the charges haven’t been withdrawn. We are waiting for the DPP to make a decision on withdrawing Mabaso’s charges,” Maunye told the court.

The father of the dead Vlakfontein killings murder accused has insisted that his son did not hang himself.
News
2 years ago

As the bail application of the sole surviving murder accused in the Vlakfontein murder case resumed in the Protea Magistrate’s Court on Tuesday, his ...
News
2 years ago

Mabaso’s lawyer William Sekgatja told the court that he will be withdrawing his deceased client's bail application. Magistrate Maggie van de Merwe postponed the matter until May 7 for the DPP’s decision. During his last court appearance Khupe, 61, had continued on his bail bid.

Khupe also tried to get the case against him dismissed on the grounds that the person who had implicated him in the crime was dead, meaning the prosecution would now rely on hearsay evidence of a dead man to prosecute him.

Mabaso admitted before his death to hitting his victims over the head with a hammer, strangling and raping some of them.

He claimed to have been threatened by Khupe into carrying out the murders, and even after his arrest pleaded with the court to keep him separated from Khupe.