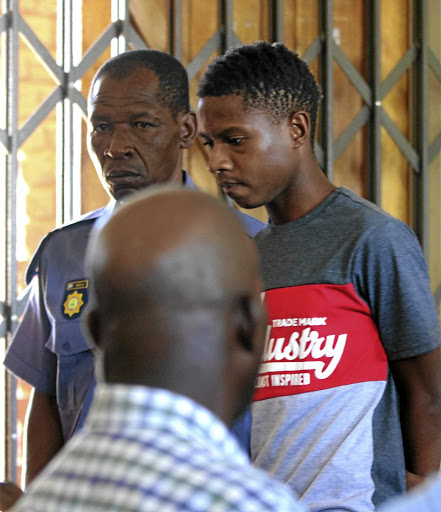 Residents of a Limpopo village, who made a citizen's arrest following a gang-related murder, are angry that the suspect has been released on bail.

Thato Matlala, 17, was stabbed to death in Hwibi village in GaMatlala, west of Polokwane, on March 10 after members of a gang chased after him and his friends.

The teenager, a grade 12 pupil at Ncheleleng Secondary School, later died of severe loss of blood.

A member of the gang, believed to have stabbed Thato, was caught when the community made a citizen's arrest shortly after the incident.

He was handed over to the police.

Yesterday, Jones Raseala appeared in the Matlala periodical court in Vlakfontein village, where he was granted R1,000 bail.

Mom says pair must pay for burial
News
3 years ago

His case was postponed to June 21 to allow for further police investigations.

Johannes Monkoe, a community activist, said they were shocked by the court's decision.

He said the residents, who had gone to the court in large numbers and called for the court not to grant bail to Raseala, were unhappy.

"What is disappointing is that the investigating officer in the matter did not oppose bail, despite a call by the MEC for community safety Makoma Makhurupetje[at Matlala's funeral] that perpetrators of such violent crimes not be granted bail," said Monkoe.

He said they had resolved to convene a community meeting to discuss a way forward following the outcomes of the court.

"The other thing is that the MEC had promised that police would keep the family of the deceased updated about the process of investigations but that has not been done. We are smelling a rat, hence we want to discuss a way forward," he said, adding that they had discouraged residents from attacking the families of the people suspected of involvement in gangsterism in the area.

"But as the situation turns out, we might lose control of the angry residents. We cannot continue to protect the justice system which in is turn failing us. We are angry."

Police spokesperson Col Moatshe Ngoepe yesterday said: "We are still gathering evidence that would link anyone to the matter and will effect arrests thereafter."