By Mpho Sibanyoni and Neo Goba 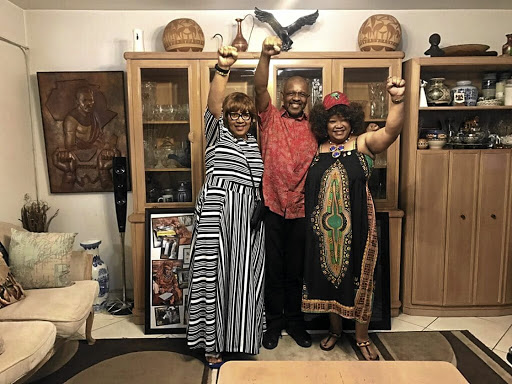 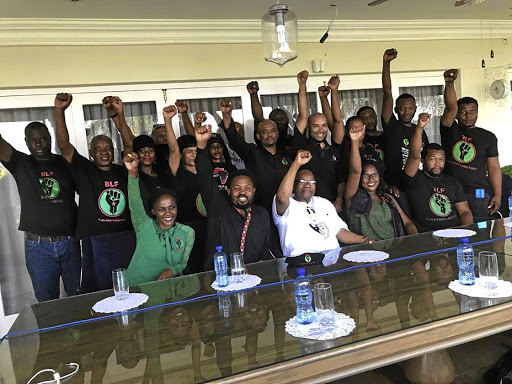 Zindzi and Zenani Mandela have set tongues wagging for being pictured taking turns wearing an EFF cap and posing with the party's national chairman Dali Mpofu, just two days before the first anniversary of their mother Winnie Madikizela-Mandela's death, and just over a month before general elections.

The pictures would have given a fright to the ruling ANC which is fighting a tough battle to prevent its electoral base from shrinking to below 50%, especially in Gauteng.

Coincidentally, the pictures of Zindzi and Zenani standing with Mpofu and, in one, doing the "Amandla" salute that was closely associated with Madikizela-Mandela, came out on the same day ousted president Jacob Zuma held what some are now calling an "endorsement meeting" with Andile Mngxitama's Black First Land First Movement.

Attempts to get comment from the sisters yesterday proved fruitless as Zindzi's phone rang unanswered.

In a tweet about the pictures, Mpofu wrote: "Today I was invited to do a door-to-door visit somewhere in Orlando West. April is going to be a rather difficult month, but these two voters are. almost in the bag?? Watch this space!"

Last night, Mpofu refused to comment further, saying the meeting with the sisters was private.

His tweet sparked speculation that the Mandela sisters have dumped their iconic father Nelson Mandela's party for the EFF, just on the eve of the anniversary of their mother's death.

Madikizela-Mandela died on this day last year and a wreath-laying ceremony is expected to be held at the Fourways Cemetery today. Insiders say EFF leaders have been invited to the ceremony.

The ANC did not respond to questions about the Mandela sisters yesterday.

But the pictures, as well as that of Zuma and the BLF, appear to have unsettled some in the party who see them as acts of endorsement for the opposition.

However, ANC secretary-general Ace Magashule defended Zuma's meeting with the BLF as nothing out of the ordinary.

"If other political parties want to meet us we can't say 'no' to them but I can't speak on behalf of [ex] president Zuma.

"For instance, tomorrow [today] I'm meeting the AIC African Independent Congress] at the headquarters. The PAC has also requested a meeting and we will be meeting with them. I don't see anything wrong with all these meetings and interactions," said Magashule.

But, some ANC structures in KwaZulu-Natal and the party's alliance partners have reacted with anger over Zuma's meeting with BLF, just before the polls.

The BLF are staunch Zuma supporters and hope to capitalise on anger among the former president's backers at the current ANC leadership.

Zuma met the BLF at his Durban home at the weekend where they presented him with a large shield made of kudu hide, a spear and a traditional stick. The party said it was there to pay respect to Zuma for introducing "radical economic transformation" (RET) during his presidency.

During the meeting, Zuma urged the BLF to spearhead the fight for RET.

"To us who understand what RET is, it is important that you [BLF] are talking about it. I am certain that you will get enough votes so that you can talk about it and raise these issues in the National Assembly. Without economic empowerment, we are doomed and we will amount to nothing," Zuma said.

A senior ANC leader in KwaZulu-
Natal, who asked not to be named, said Zuma was clearly playing a divisive role.

"We are facing one of the toughest elections and the former president is largely responsible for the position that the ANC finds itself in today. Now, to go around and endorse a reactionary party like BLF is uncalled for. He has to be called to order," the leader said.

Edwin Mkhize, the chair of labour federation Cosatu in the province, said Zuma's actions were sending conflicting messages to the electorate.