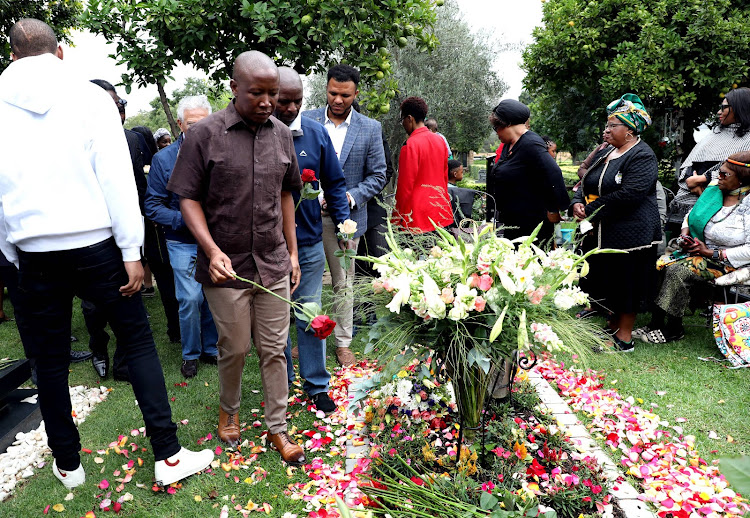 Speaking to SowetanLIVE on the sidelines of a wreath-laying ceremony at the Fourways Memorial Park in Randburg on Tuesday, Malema said the May 8 elections results will be a game-changer for Madikizela-Mandela's legacy.

"Winnie expressed her views when she was still alive. She was not happy with the state of affairs and she would have hoped that the conditions of our people would've changed for the better, but the reality of the situation is that we are becoming worse and worse," said Malema.

"We hope that on May 8, we will make her smile from this grave because ours was to make people of South Africa happy, including Mama Winnie."

Accompanied by musician Ringo Madlingozi, who has since joined the EFF, Malema said even if Mama Winnie and her late husband Nelson Mandela would be resurrected, none of them would rescue the ANC because it is in a dire state. 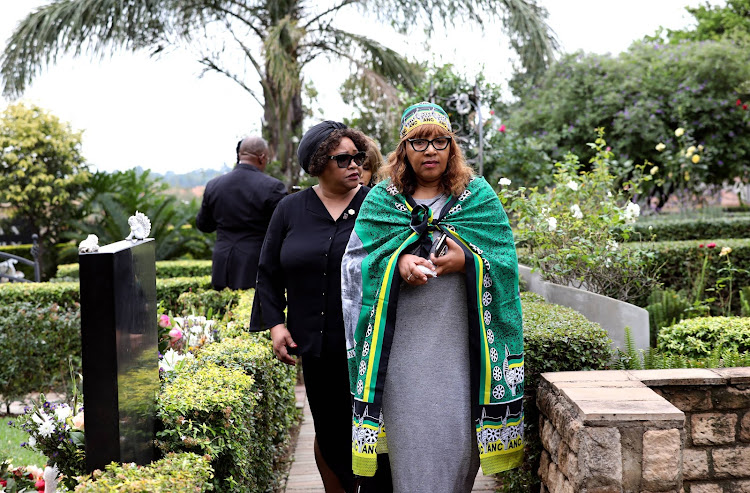 Zenani and Zindzi Mandela at a wreath laying ceremony for their mother, Nomzamo Winfred Madikizela-Mandela in Fourways.
Image: SANDILE NDLOVU

Plans now seven years in the pipeline.
News
3 years ago

Last month, the ANC caucus and some opposition parties in parliament rejected an EFF-sponsored motion calling for the renaming of Cape Town International Airport after the struggle icon.

The governing party argued that the motion was misplaced as parliament had no legislative authority on name changes.

Asked if this was an indication that the ANC doesn't recognise the role played by Madikizela-Mandela in the struggle for liberation, Malema said the ruling party persistently failed Mama Winnie even in her death bed.

"The ANC continues to fail her even in her grave. You heard the debate on the renaming of the airport where there were speeches to the effect that suggested that she was not tried and tested person and not deserving of the airport being named after her," he said.

"You can't speak about the dead like that and that is why some of us are extremely disturbed by the posture and attitude the ANC took on the international airport. We are going to fight for it, it will be named after her [because] we do not make pronouncements and they do not happen," said Malema.

He vowed to rename the airport after Mama Winnie whether "they like it or not".