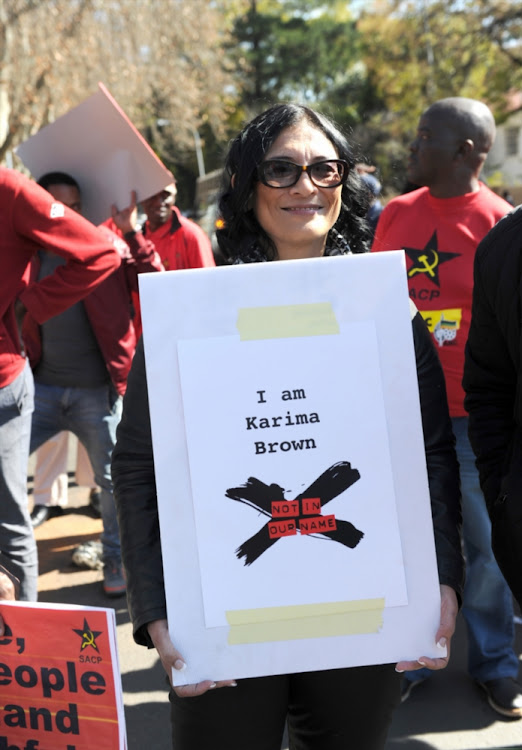 Journalist Karima Brown has been sent a reply from EFF leader Julius Malema regarding an incident where she mistakenly posted an editorial brief on WhatsApp.

The Independent Electoral Commission (IEC) chief electoral officer Sy Mamabolo told reporters on Monday that Brown brought the matter before the commission and it was being dealt with.

“Yes, the IEC did receive a complaint which we duly referred to our internal structure, the office for electoral offences. There’s been a referral to Mr [Julius] Malema to ask for his side of the story. One of the core elements of natural justice is that you’ve got to hear the other side. That was done.  Mr Malema has since furnished the IEC with his version. The version has now been placed before Miss Brown who has requested time until tomorrow,” said Mamabolo.

Mamabolo added that Brown will make a decision on whether she wants to make further submissions or not on the matter. “After tomorrow, the matter will then be before the commission to determine a way forward. At this point it would be counter-productive to want to speculate on which direction the matter will go,” said Mamabolo.

On March 6, Brown mistakenly posted an editorial brief on WhatsApp for EFF members. The message was to give direction to journalists covering an EFF event. It read: "Keep an eye out for this. Who are these elders. Are they all male and how are they chosen. Keep watching brief."

Malema then tweeted a screen shot of the message showing Brown's cellphone number and accusing her of "sending moles" to the event. As a result, Brown received threaths from EFF supporters, forcing her to open a case against the party and its leader at the Rosebank police station and reported the matter to the IEC.

Veteran journalist Karima Brown has laid a charge of intimidation against an EFF member after allegedly receiving threats.
News
2 years ago
Next Article