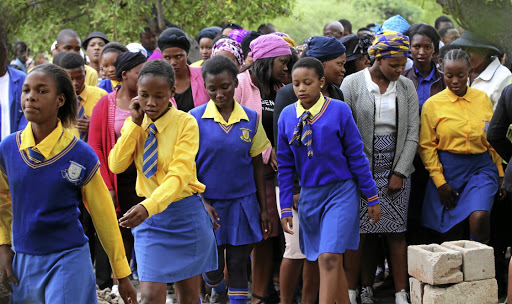 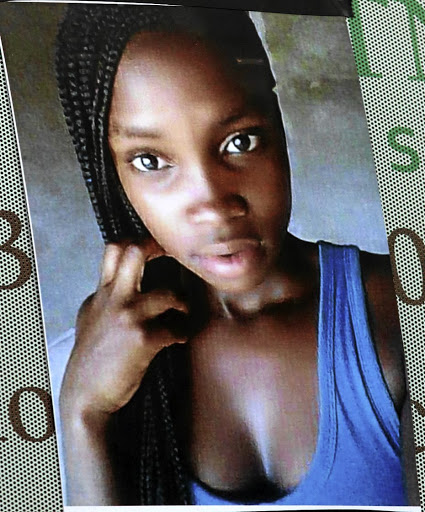 A mourning father's woes have deepened after he was slapped with a R500 fine for hurling insults at journalists at his daughter's funeral in Bakenberg, Limpopo, at the weekend.

Jonas Seanego's outburst took place inside a cemetery in Dipere village on Saturday.

Seanego already faces charges of defeating the ends of justice after he allegedly tried to hide a vehicle accident in which his son allegedly killed his daughter Mathapelo.

Seanego charged at journalists who were covering the funeral, directing expletives at the reporters and grave diggers.

The diggers were insulted for stopping Seanego from manhandling journalists.

Mourners had to run in different directions inside the graveyard as Seanego wanted to unleash his fury at journalists, accusing them of coming to the funeral "uninvited".

His wife, Christina, had alerted him to the presence of journalists.

"What do you want here? Who told you to come? You are not welcome here... go away," Seanego charged.

A Limpopo family has a triple tragedy on its hands. Their son faces a culpable homicide charge after he allegedly ran over his sister, killing her.
News
2 years ago

Amos Matjila, the secretary of the grave diggers, told Sowetan yesterday they called a meeting after the funeral and fined Seanego R500 for unruly behaviour at the cemetery.

"We felt Seanego disrespected us by hurling insults inside the graveyard, which is supposed to be a sacred place.

"There are several funerals that had been conducted peacefully in the village in the presence of journalists," said Matjila. He said a meeting was scheduled for Wednesday where Seanego would have to answer for his conduct at the local headman.

Approached for comment yesterday, Seanego continued to hurl insults at this reporter and also threatened him.

"I'll come for you before the end of this week and deal with you," Seanego said.

"Why did you come to the funeral uninvited?"

The family suffered a triple tragedy after their unlicensed son allegedly ran over the sister in their father's bakkie.

Seanego failed to report the death and allegedly wiped off the bloodstains to conceal evidence.

Police spokesperson Col Moatshe Ngoepe said they were investigating a case of culpable homicide and of operating a motor vehicle without a licence against Seanego's 20-year-old son.

He said a charge of defeating the ends of justice might be pressed against Seanego.

Ngoepe also did not rule out the possibility of opening a case against the private mortuary that allegedly accepted the daughter's body without following proper procedures.

He said investigations were continuing and that further charges were likely to be heaped on Seanego.

Mathapelo was a grade 12 pupil at Lemetja Secondary School in the village.

Her fellow pupils attended the funeral in large numbers.