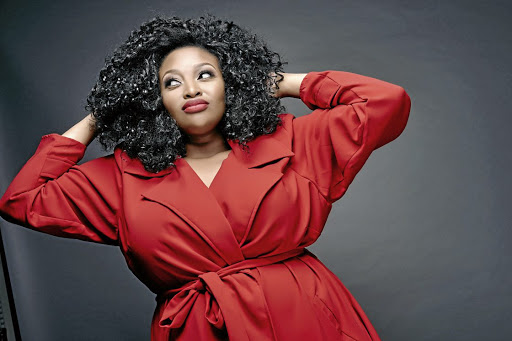 The new-look Metro FM line-up is about to send the largest local commercial radio station's listenership further into the stratosphere, if its management is to be believed.

The station has signed up analyst Ayabonga Cawe, Relebogile Mabotja, Moshe Ndiki and Andile Ncube as part of its new line-up.

Cawe will take over METRO FM Talk, which airs between 7.30pm and 9pm on Monday to Thursday, while Ndiki is set to be join The Drive between 3pm and 6pm as a contributor.

The show goes on air between 5am and 9am.

Mabotja's tenure will kick off at the beginning of May. "She will add her voice to the freshest breakfast team on radio with her smart thinking, wittiness and ability to have diverse views and in-depth knowledge of current affairs content as well her relatability and appeal," the station said.

Also as part of the annual reshuffle announcement , the station's heavyweight presentation is bolstered by socialite, Idols judge and celebrity extraordinaire, Somizi  Mhlongo, who has joined #TheBridge team in the 9am to 12pm weekly slot.

"The station has built on to the successes of the station’s currently strong line-up. Metro FM  is proud to announce its 2019/20 line-up, as it aims to continue raising the industry bar. The station will effect slight changes to its line-up on 1 April 2019, in line with continuous delivery to its mandate and business strategy," the station said in a statement.

Relebogile Mabotja has been appointed the vice-chairperson of Samro.
Entertainment
2 years ago

Meanwhile, Ncube is set to anchor the sports segment  for the weekend breakfast show #TheWKNDR, which broadcasts from 6am to 9am.

"He will be presenting sports bulletins, ensuring the station’s listeners know what to expect in the world of sports on weekends. Andile brings with him a wealth of experience from SABC Sports having anchored many TV sports shows as well as hosted a radio sports show on Radio 2000 and being part of many international sporting events."