Man survives after train collides with his bakkie 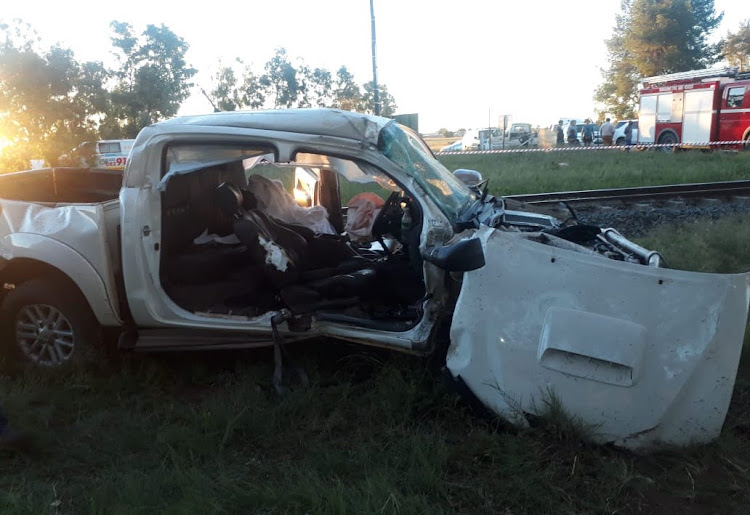 A man was lucky to escape with only moderate injuries when his bakkie was struck by a train in Bloemfontein on Friday evening.
Image: Supplied by ER24

A 23-year-old man had a narrow brush with death on Friday evening, escaping with only moderate injuries after his bakkie was struck by an oncoming train at a rail crossing in Bloemfontein.

ER24 spokesman Ross Campbell said paramedics arrrived shortly before 6pm to find that the white double-cab bakkie had been pushed some 10 metres down and off the tracks by the train, which stopped further down the line.

“The train had collided with the driver’s side of the vehicle and he needed to be extracted by the fire department before being fully assessed. He was treated on the scene by our advanced life support medic and transported to a private hospital in the area,” Campbell said.

He added that the South African Police Service was also on the scene for further investigation.