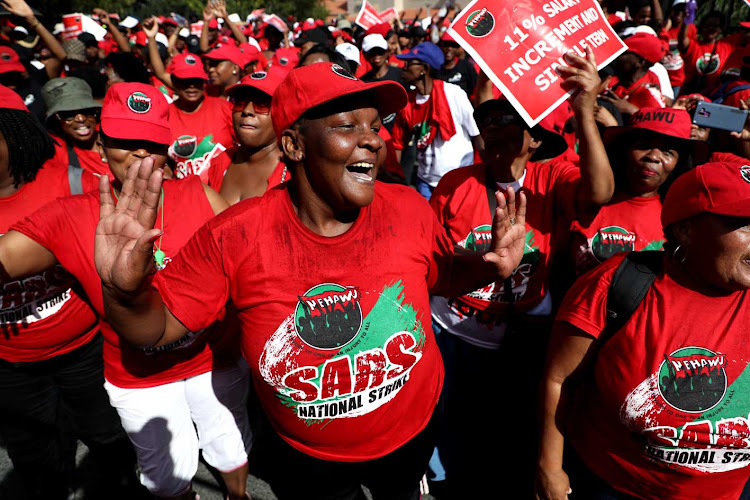 Ports of entry are affected by the SA Revenue Service (Sars) work stoppage.

The bulk of SA’s trade with the continent is done via Beitbridge border post‚ largely regarded as Africa’s busiest.

Sars employees at Beitbridge‚ on the Zimbabwe border‚ are said to have downed tools just after midnight on Wednesday. Workers at other border posts finished their shifts and went on strike on Thursday morning.

In an interview with Business Day on Thursday‚ Sars executive for remuneration and benefits Takalani Musekwa said the agency had deployed managers to all ports to keep an eye on things‚ “even when all the staff are gone”. Not all border posts were affected‚ he said.

The unions are demanding an 11.4% salary increase‚ which Sars says is unaffordable.

The PSA and Nehawu‚ the two unions at Sars‚ represent about 5‚300 and 4‚400 employees‚ respectively.

Musekwa said 33 of 53 walk-in branches were closed on Thursday as a result of the strike‚ with the rest functioning on a diminished capacity.

Sars’s IT division was also affected by the strike.

The parties are scheduled to meet at the CCMA on Friday.

The South African Revenue Service (Sars) closed 29 of its offices on Thursday due to a  nationwide strike by workers.
News
3 years ago

SA Revenue Service (Sars) employees took to the streets on Thursday as they embarked on a national strike over wages that saw branch offices in towns ...
News
3 years ago
Next Article