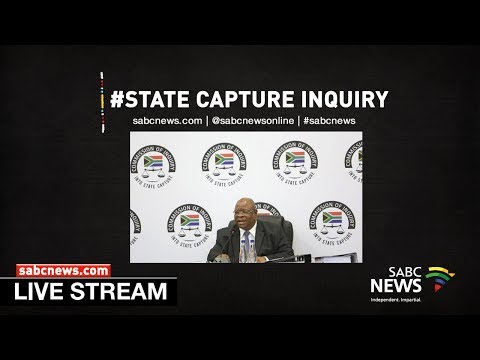 Former Bosasa COO Angelo Agrizzi is back in the hot seat at the state capture inquiry on Thursday.

Venter said the "last nail in the coffin" came when Watson allegedly asked him to hand over a bag of money to former correctional services CFO Patrick Gillingham in October 2017.

This corroborates the statement of Agrizzi, who previously claimed Gillingham was on the company's payroll.

The stalled liquidation of the Bosasa companies has delayed the corruption case against Agrizzi, former company employees and prison bosses.

The National Prosecuting Authority (NPA) on Wednesday postponed the corruption case to July 5. Prosecutor Peter Serunye said the state wanted to join three Bosasa companies as accused in the case, but this process had been put on hold pending the finalisation of legal battles over the group’s liquidation.