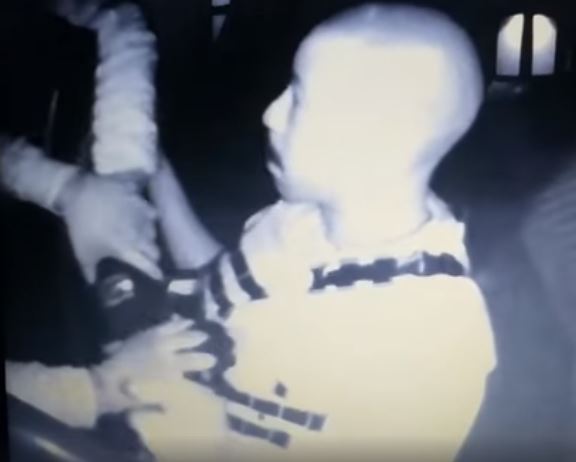 Footage of a security guard being shot at and robbed has surfaced.
Image: Screenshot from surveillance video

Dramatic footage showing a security guard being shot at during a robbery has been released by the Intelligence Bureau SA on its social media accounts.

Police said the incident happened in Nigel, Ekurhuleni, on Monday.

The clip shows a guard sitting in a patrol vehicle, his bulletproof vest strapped to his body, as he smokes, while one of his arms casually rests on the passenger seat. Suddenly, he is ambushed.

Guard Hijacked and attempted theft of firearm .Alra Park Nigel Gauteng. All reaction officers to be aware of your surroundings at all times.

As he looks outside the window, a gunshot is fired in his direction and he ducks.

The entire ordeal is captured on a dashboard camera in the vehicle.

The terror in the guard's eyes is undeniable as the suspects suddenly appear at the door and grab him.

He can be heard pleading with his attackers as they demand he hand over his gun, while patting on his bulletproof vest in search of it.

He does not fight and eventually one of the suspects pulls him out of the vehicle, while another looks inside, searching the car for the gun.

The attackers appear to be unaware of the camera mounted in the vehicle.

"(The security guard said) he noticed that one of them was holding a firearm. The suspect with the firearm started shooting and the complainant was shot on the upper body," said Masondo.

"It is further alleged that suspects drove with the victim to the informal settlement at Snake Park in Alra Park, Nigel. They robbed him of an undisclosed amount of money, cellphone and bulletproof vest.  No firearm was taken as the victim was unarmed," he added.

Police were investigating a case of  attempted murder and robbery.