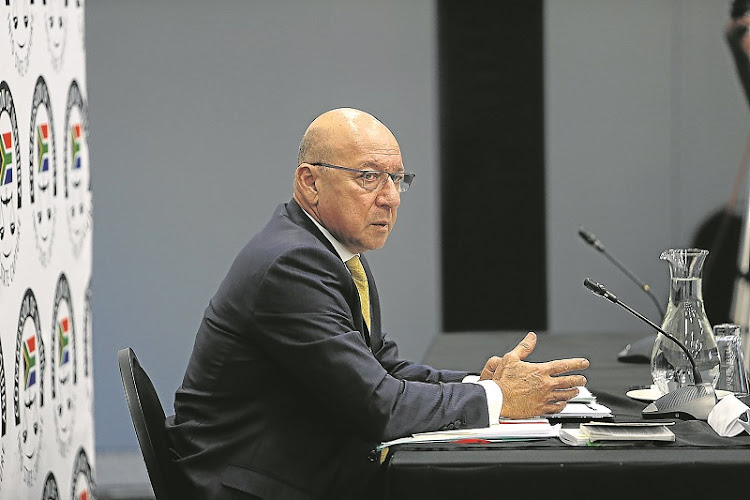 Former finance minister Trevor Manuel has labelled the EFF leadership as racists after the party criticised the appointment of the new SA Revenue Service boss.

Manuel, who chaired a panel that interviewed candidates for the post which was clinched by Edward Kieswetter, also called the EFF bullies.

"The EFF yesterday, in the name of [party spokesperson] Mbuyseni Ndlozi, issued a statement that is as false as it is racist and libellous, against the appointment by President [Cyril] Ramaphosa of Mr Edward Kieswetter, the incoming commissioner of the South African Revenue Service (Sars).

"Whilst they are free to hold their warped political views about a SARS commissioner for whatever reason, they have no right to libellous or racist views. I am sure that other individuals named in the EFF statement are quite capable of speaking for themselves, I am not intimidated by these bullies to speak on my own behalf," said Manuel in a statement that was issued by the National Treasury yesterday.

"Mr Ndlozi needs to provide evidence for the three claims he makes about me," he said.

The EFF has questioned the interview process for a new South African Revenue Service boss, calling it “nepotistic” and “corrupt”.
News
2 years ago

Manuel said the claims included firstly, that Mr Kieswetter is his relative.

"Only a mind warped into destruction by apartheid can ever suggest blood ties between two individuals classified Coloured by the apartheid regime, when the only connective tissue is racial classification. The onus now rests on Mr Ndlozi to prove the ties exist.

"Secondly, he claims that I have business relations with Mr Kieswetter. He now has to explain how, through which agency and when these ties were established.

"I can direct him to the CIPC data-base, where I am sure he will find nothing. The truth of the matter is that Edward and I have not even served on the same non-profit organisation. He has made the claim and the obligation to explain is now in his court.

"Thirdly, he has claimed that I, as minister of finance at the time,  appointed Mr Kieswetter as the SARS deputy commissioner. If he had read the SARS Act or the Nugent Commission report, he might know that the minister of finance possesses no such powers. He has to retract this forthwith."

Manuel also accused Ndlozi of making "a series of scurrilous statements about Mr Kieswetter, that I am sure Mr Kieswetter can as easily refute. What I demand is a retraction, or Mr Ndlozi will have to face legal action. I will not be abused by schoolyard bullies."