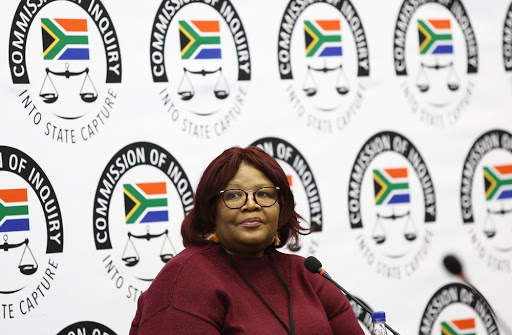 The ACDP has revealed that former ANC MP Vytjie Mentor 'together with other people of influence' will be joining the party.
Image: Masi Losi

Former ANC MP Vytjie Mentor will be included on the list of ACDP candidates to serve in parliament at the first available opportunity to change the line-up the party has already submitted to the IEC.

This was acknowledged by ACDP leader Rev Kenneth Meshoe at a press conference to introduce Mentor on Thursday‚ following pressure from journalists. He had initially insisted that the controversial former ANC MP had not joined his party to advance her political career.

Under media questioning‚ Meshoe conceded that while Mentor did not feature on the list submitted to the IEC by his party earlier in March‚ she would be included as soon as the chance to make amendments became available.

Mentor served as an outspoken MP for the governing ANC and was chairperson of its parliamentary caucus between 2004 and 2008.

Vytjie Mentor, the former chairperson of the ANC caucus in parliament, is joining the African Christian Democratic Party.
News
3 years ago

Her career in the ANC took a nosedive in 2010 when the Sunday Times reported that she had coerced Transnet into spending R150‚000 without authorisation from her bosses in parliament for her to travel to China to join President Jacob Zuma on a state visit.

At the time she was chairperson of the public enterprises committee‚ which oversees the affairs of Transnet and the sponsored trip was regarded as a conflict of interest.

In the most recent past‚ Mentor became controversial with her inconsistent testimony before the Zondo commission of inquiry into state capture.

But Meshoe said they welcomed her into their ranks because "she's going to help us go into areas we've never been to" as they campaigned for more votes.

For her part‚ Mentor said the thought of deserting the ANC first crossed her mind in 2007 but she took her final decision to cross over to the ACDP only some time in 2018.

She said the events and revelations from the state capture inquiry did not influence but instead "affirmed" her decision to dump the ANC.

Mentor said she would be working on the ground to drum up support for the ACDP‚ saying several parties had also courted her but she had declined their overtures.

"Of course there were other parties that were courting me. I reserve the right to withhold their names. I chose the ACDP‚ I chose the party that put God at the centre."

Mentor also said she opted for the ACDP as her new political home because its "policies and manifesto are practical".

Christian political parties don't know how to sell themselves to believers

SA has a rich history of Christianity. As a matter of fact, the country was previously a Christian state. Then we were fed a wrong dose of religion ...
Opinion
3 years ago
Next Article