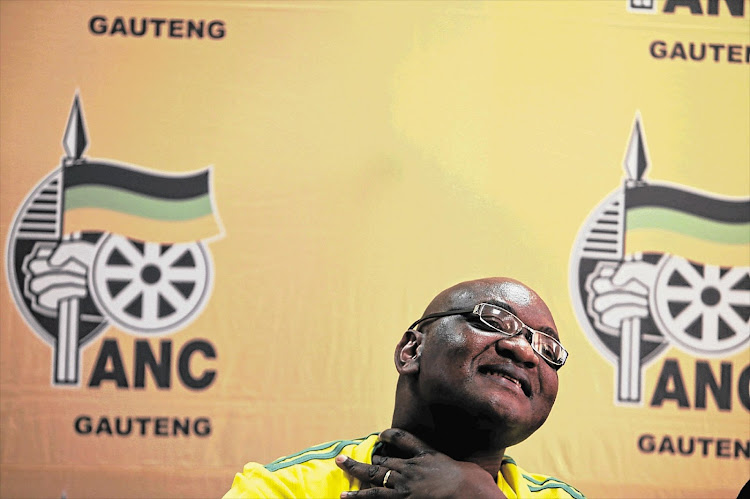 Gauteng premier David Makhura: 'The struggle continues until we achieve our victory! The e-tolls have no future in Gauteng.'
Image: File/ LAUREN MULLIGAN

Gauteng premier David Makhura on Thursday joined scores of the province's motorists to celebrate the brakes being put on Sanral's pursuit of e-toll debt.

"As the premier, I will continue to do everything in my power to ensure that the voice and views of the people of Gauteng are heard by our national government. The struggle continues until we achieve our victory! The e-tolls have no future in Gauteng," Makhura said in a statement.

The board of directors of the SA National Roads Agency (Sanral) resolved at a meeting on Tuesday to halt debt collections, the agency announced on Wednesday.

Describing the decision as "progressive", Makhura said this move would opens doors to finding an amicable and lasting solution to the e-tolls debacle.

"I welcome the decision by Sanral on the suspension of summonses and default judgments against those who are not paying e-tolls. This decision is a result of a decisive intervention by our president and the strongest indication that President [Cyril] Ramaphosa is listening and attending to the concerns of the people of Gauteng on the e-tolls."

Gauteng premier David Makhura says he has reprimanded MEC Faith Mazibuko for the 'racist' comments made to her staff.
News
2 years ago

Makhura said he had put his trust in Ramaphosa to quickly resolve the matter, adding that besides affecting ordinary residents of the province, the introduction of the tolls had hurt  business there....

"Urban tolling system is not a viable option and it has never worked anywhere in the world. It is within this context that we stand firm with the residents of Gauteng, guided by our existing resolutions that e-tolls do not have a future in our golden province," Makhura said.

He said he would work with the relevant stakeholders to try to find a solution to funding highway roads infrastructure without burdening taxpayers.

Makhura highlighted that freedom of movement was clearly stipulated in the ANC's Freedom Charter, which he quoted as saying: "All shall be free to travel without restriction from countryside to town, from province to province, and from South Africa abroad."