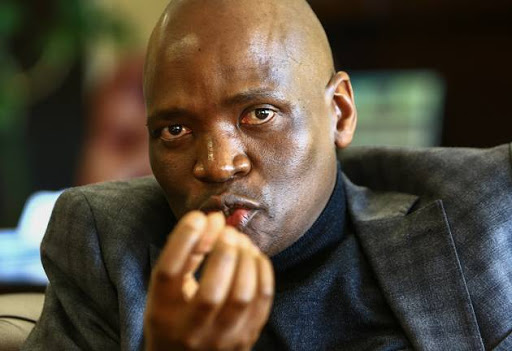 Former SABC COO Hlaudi Motsoeneng on Thursday confirmed he has a "confidential agreement" with African Global Group (Bosasa), but when asked about it he said "go and ask them".

Bosasa’s own tax consultant, Peet Venter, told the state capture inquiry on Wednesday that Bosasa boss Gavin Watson "approached me to assist him pay the legal costs of [Motsoeneng]".

Venter said he made the payment in two instalments via the shelf company Miotto Trading. The first instalment was for about R600,000 and the second about R587,000.

His testimony confirmed previous media reports that Bosasa footed the R1.1m legal bill that Motsoeneng accrued from his battle with the SABC over his axing. Venter said the invoice for the legal bill came from Majavu Inc, a firm belonging to Motsoeneng’s lawyer, Zola Majavu.

Motsoeneng said on Thursday that he believed "there is nothing wrong about anyone paying for my legal fees".

"They (Bosasa) have never benefited anything from me."

He added: "No one will capture Hlaudi, I capture myself."

Motsoeneng is also the president of the African Content Movement (ACM) political party.

He said there is "no new dawn" under President Cyril Ramaphosa.

"Ramaphosa is going to take South Africa and collapse South Africa … You can see even the man, when he talks, hey, this man is in trouble."

The ACM is launching its manifesto on April 6, but Motsoeneng said he believed everything produced in SA should be 90% owned by South Africans.

Hlaudi “The Decision Maker” Motsoeneng has made an impassioned pitch to capture the hearts and minds of voters ahead of the May 8 elections, saying ...
News
3 years ago

He said the first thing he would do if elected would be to create two education systems.

"When you go to university, what do you most of the time is what I call the theory. The reason why are young people are not employed by private sector, including government, is because when you apply for a job, they are looking for experience … No one was born with experience."

On the issue of load-shedding, he believed Eskom should recruit people who "know their job".

"For example, Brian Molefe did fix the Eskom problems whether people like it or not."

Brian Molefe was appointed as Eskom's chief executive in April 2015 but resigned in November 2016 after a report found links between him and the Gupta family.