Image: Alaister Russell/The Sunday Times Former president Jacob Zuma says his son could be targeted by those harbouring sour grapes against him.

Former president Jacob Zuma has refused to rule out the possibility that the culpable homicide case against his son, Duduzane, was an attempt to get back to him.

Asked by an SABC reporter outside the Randburg magistrate's court on Wednesday about comments that the case was an attempt "to get back at you as the former president for whatever gripe they might have had against you", Zuma said it was "difficult to say that is not the case".

Duduzane was appearing in court in relation to the 2014 death of Phumzile Dube, 30, who was a passenger in a taxi that collided with the former president's son's Porsche.

An inquest into the incident previously found that Duduzane was not to blame, but after pressure from AfriForum, the case was re-opened. The trial started on Tuesday. 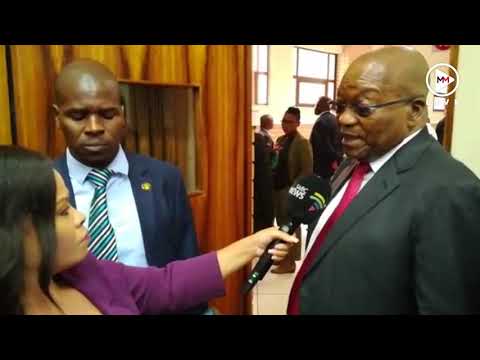 "There was a process that was undertaken [the inquest], which is a legal process, and it was concluded. Why then come back? And when you come back there is no overwhelming evidence to say there was indeed negligence. So it's difficult to say there wasn't that kind of element [of revenge]," said Zuma.

The former president - who has previously come to court to support Duduzane - was also confident that his son was not guilty.

"I'm not a legal person, but listening to the arguments being presented, it's clear there is no evidence that has been given that he [Duduzane] was reckless. But we leave everything to the worship [the magistrate] to take the decision. But I'm hoping for a positive outcome," he said.