Durban man shoots himself a day after stabbing woman to death 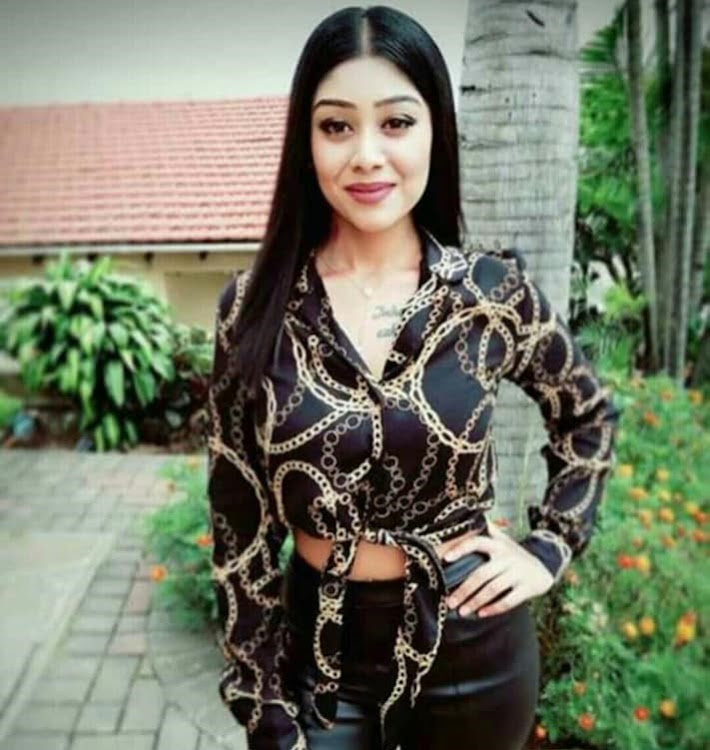 Demisha Naik, 23, was dead at her home in Shallcross, south of Durban, on Tuesday March 26 2019
Image: Facebook/Trevin Govender

The man wanted in connection with the gruesome murder of 23-year-old Demisha Naik from Shallcross, south Durban, has committed suicide, police confirmed on Wednesday.

Police spokesperson Lt-Col Thulani Zwane said members of Chatsworth police went to the scene of a shooting at a home in Montford at approximately midday on Wednesday.

“On their arrival they found a 24-year-old man inside the house with a gunshot wound to the chest. He was declared dead and a pistol was found on the scene. An inquest case was opened at Chatsworth police station for further investigation. He was identified as the same suspect who was wanted for a murder at Shallcross on [Tuesday] afternoon," he said.

Zwane said Naik's lifeless body was found at her flat in Shallcross on Tuesday after she was believed to have been stabbed.

"It is alleged that the police attended to a murder case at Shallcross area on Tuesday at about 4.45pm. On arrival they found a 23-year-old woman with stab wounds on her forehead. Police received information that the suspect was known to the victim, however the motive for her killing is unknown at this stage and the matter is under investigation," said Zwane.

Meanwhile social media has been flooded with tributes to Naik.

You were not only my best friend you were the light for every dark day I had ❤️? you were my life. There was a time when...

Will miss u Sweetheart. U were apart of our family for so many years. It's such a tragedy what happened to you. ????,...

SA waits with bated breath on measures to wrestle femicide

KZN health MEC Dr Sibongiseni Dhlomo has expressed shock at the cold-blooded killing of a 46-year old nurse at her home in Melmoth on Sunday.
News
3 years ago
Next Article