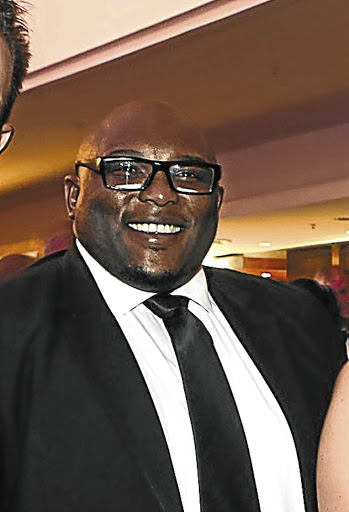 The DA is stepping up its campaign to have President Cyril Ramaphosa appear before the Zondo Commission of inquiry into state capture before the country takes to the polls on May 8.

Within hours of a former Bosasa auditor telling the commission yesterday that the controversial company's boss, Gavin Watson, paid Ramaphosa's son Andile R500,000 from his own pocket, DA leader Mmusi Maimane said the president now has "no choice" but to appear before deputy chief justice Raymond Zondo.

Ramaphosa later wrote to the National Assembly speaker Baleka Mbete correcting his statement and saying the R500,000 was a donation by the company into his 2017 campaign to become ANC president. He said he was not aware of the donation when it was first made and offered to pay back the money.

This did not satisfy the official opposition, which has since taken the matter up with public protector Busisiwe Mkhwebane.

Venter's evidence yesterday further fuelled the controversy as he revealed that the money was not from Bosasa's coffers, but from Watson's own pocket.

This prompted Maimane to comment: "It appears that either Ramaphosa or Venter is lying."

According to Venter, he received an instruction from Watson in October 2017 to facilitate a R3m payment for a home loan for one of the company's employees.

He said the money came from Watson's personal account and was transferred to Miotto, a shelf company run by Venter.

President Cyril Ramaphosa has declined to tell MPs how much his son Andile made from business dealings with controversial government service provider ...
News
2 years ago

From that R3m, Venter told the commission, he was instructed to deposit R500,000 into an Absa bank account belonging to a trust run by Ramaphosa's son. "I wasn't aware of what the relationship was and why would [Watson] make a payment to the son of the deputy president of South Africa," Venter said.

Maimane said Ramaphosa must now appear before Zondo as there were serious allegations of bribery and corruption to answer.

"Ramaphosa now has no choice - he must now testify before the Zondo commission before May 8 and explain under oath the full extent of the now exposed business relationship between the Ramaphosas and Bosasa."

"There's no challenge here. As usual the DA is being opportunistic and grasping at straws in order to seem relevant. The president has already committed to appear before the commission," she said.

Miotto was a dormant entity but came into the spotlight last year when media reports linked the company to sizeable payments made to benefit individuals such as former SABC boss Hlaudi Motsoeneng and Ramaphosa's son, Andile.

Meet the Watsons: Brothers in struggle often in headlines - for the wrong reasons

The four brothers were once hailed as heroes in the struggle for freedom. They had famously been ostracised‚ vilified‚ threatened and shot at.
News
3 years ago

Bosasa claims they have no contract with Ramaphosa's son

Bosasa (now African Global Operations) claims that there is no contract between the company and President Cyril Ramaphosa’s son‚ Andile.
News
3 years ago