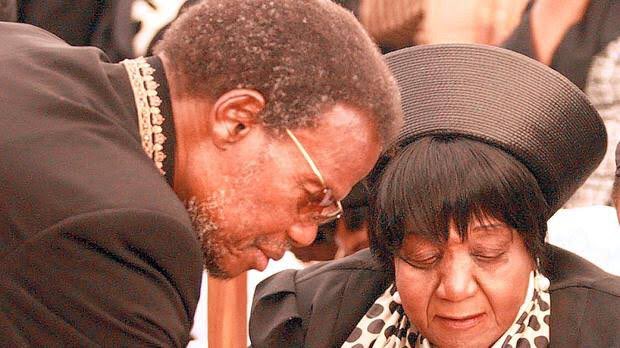 The family of Mangosuthu Buthelezi, president of the IFP, on Tuesday issued a public message of "appreciation for the many messages of support and condolences that are flowing in" following the death of his wife.

Irene Audrey Thandekile Buthelezi died on Monday after a long illness. She was 89.

The family said the funeral service will be held on Friday March 29 2019 at the Ulundi Stadium in KwaZulu-Natal.

Condolences for the 90-year-old IFP leader and his three surviving children have come from many political quarters, led by the Nelson Mandela Foundation.

Madiba had known Buthelezi  since before he was imprisoned, having first met her father,  Zachariah Mzila, in the 1940s.

IFP leader and MP Mangosuthu Buthelezi has lost his wife Princess Irene Thandekile Buthelezi after a long illness on Monday. The party said in a ...
News
3 years ago

"While he was in prison, Mr Mandela corresponded with her, most notably in 1969 after his son Thembi was killed in a car accident, when he wrote, 'Death is a frightful disaster no matter what the cause & the age of the person affected'," the foundation said.

Reminiscing about the early 1940s when he worked at a mine compound in Johannesburg managed by the late Mzila, he wrote: "My thoughts very often go back to the forties when I lived at Mzilikazi where I first met your parents."

Mandela described Mzila as "a grand old man I admired & respected in all sincerity. He was dignified, courteous & confident".

The SA Council of Churches (SACC) expressed condolences to Buthelezi "on the sad loss of a lifetime companion who has walked faithfully with Shenge, both in the church and in national affairs".

The SACC said: "We ask the churches to pray for the grace of consolation at this difficult time for the Buthelezi family, the clan and isizwe," said the SACC.

IFP MP Liezl van der Merwe commented: "Our hearts are broken. You will be sorely missed, Princess Irene Buthelezi. You were a queen, strong, full of love, compassion and kindness. For 67 years you stood by your husband. But now, through God's grace, you are resting in peace #MaMzila #Shenge #respect."

The IFP-controlled municipality in former president Jacob Zuma's rural home town of Nkandla is challenging a high court decision to remove its ...
News
3 years ago
Next Article