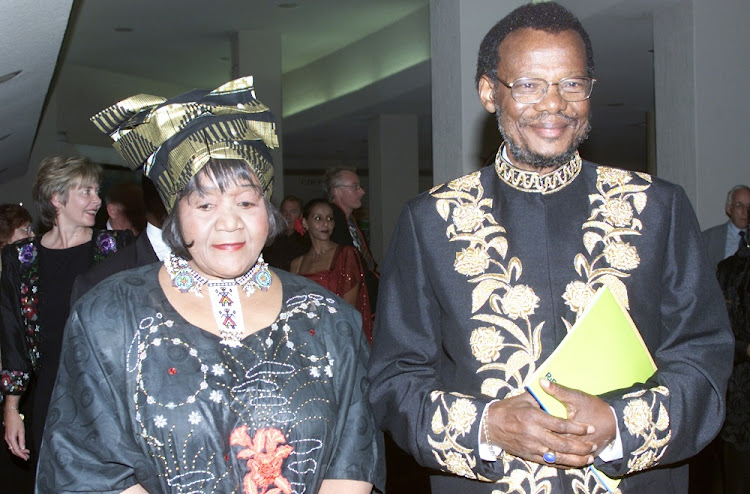 IFP leader and MP Mangosuthu Buthelezi has lost his wife Princess Irene Thandekile Buthelezi after a long illness on Monday.

The party said in a statement that the wife of the longest serving member of parliament passed away peacefully at KwaPhindangene.

The couple were married for over 60 years.

"She leaves behind her husband of almost 67 years, their children Prince Ntuthukoyezwe Zuzifa, Princess Phumzile Nokuphiwa and Princess Sibuyiselwe Angela, and many grandchildren. All are devastated by this loss.

"The family requests that our privacy be respected as the necessary arrangements are made for the funeral, the date for which will be announced in due course," the party said in a statement.

"Our greatest solace is in knowing that Princess Irene Buthelezi has been received by her Lord. By His grace, she rests in peace."

Funeral details will be shared in due course.