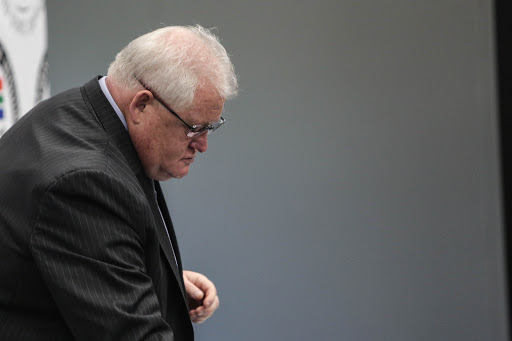 Former Bosasa executive Angelo Agrizzi is expected to return to give evidence before the state capture inquiry this week.

In a short announcement on Monday, the commission's evidence leader, Paul Pretorius, said the inquiry would hear testimony from Agrizzi and Bosasa's auditor, Peet Venter. This however, was subject to "logistical considerations".

The commission has also postponed evidence from former Free State MEC Mxolisi Dukwana to April 5. Dukwana is expected to lift the lid on ANC secretary-general and former Free State premier Ace Magashule's dealings with the controversial Gupta brothers and their allies in the province.

However, it appears he is being blocked from accessing information from the Free State government which relates to his testimony.

In a short submission to deputy chief justice Raymond Zondo, Dukwana's legal representatives said they had been unable to get some of the "crucial information"  promised to them by the provincial government.

The information relates to his cellphone and travel records while he was an MEC in the province.

Zondo said he called Free State premier Sisi Ntombela about six months ago to indicate that the commission required Dukwana to get the information.

Zondo said: "She assured me that the provincial government of the Free State would co-operate fully and that it would facilitate access to such information. I am surprised that there is still information he (Dukwana) has not obtained from the Free State government and that this is the case about six months after that request was made ...

Venter is expected to take the stand on Tuesday.

Whistleblower and former COO of Bosasa Angelo Agrizzi said he is holding onto his faith despite facing criminal charges.
News
3 years ago

The department of justice and constitutional development has appointed audit firm to review all its security contracts from 2006.
News
3 years ago

Former Bosasa executives Angelo Agrizzi and Andries van Tonder have expressed shock at their arrest.
News
3 years ago
Next Article