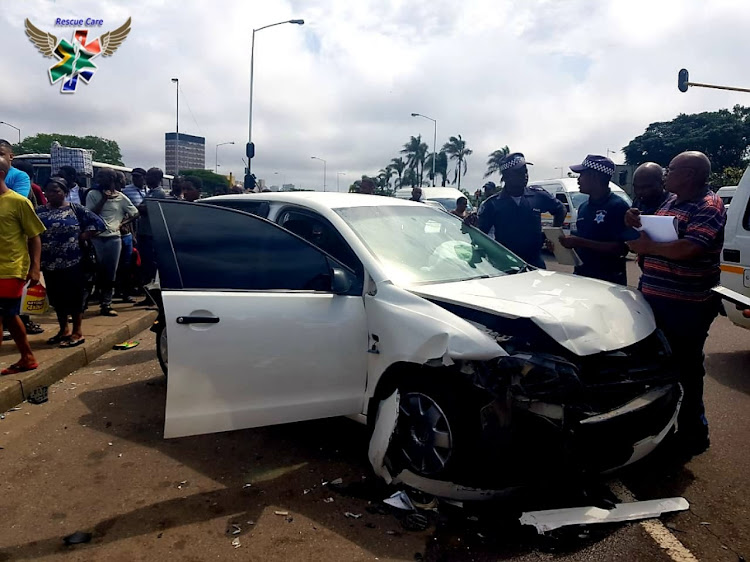 An adolescent girl died and four others were injured after three vehicles collided in central Durban on Saturday
Image: Rescue Care

A 12-year-old girl has died and four others have been injured in a crash involving three vehicles in central Durban on Saturday.

"A child believed to be 12 years old has unfortunately been declared dead due to the severity of her injuries.

"Four other people, including a pedestrian, have been treated on the scene and transported to hospital," said Meadows.

A motorist died instantly when he lost control of his vehicle and collided with an electricity pylon after knocking over a pedestrian in Durban on ...
News
2 years ago
Next Article