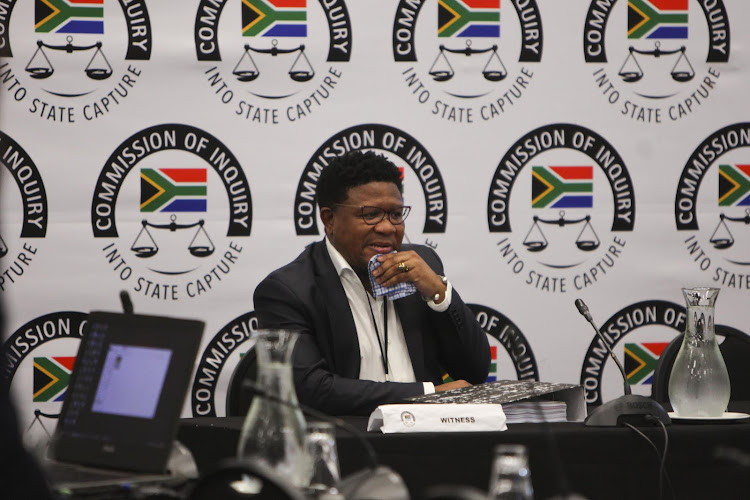 ANC head of elections Fikile Mbalula gave testimony before the Zondo inquiry into state capture on Friday, speaking on the looting of state resources and his relationship with the controversial Gupta family.

Mbalula spoke of getting a call from Ajay Gupta, who told him he would be appointed minister of sport and recreation - this days before the appointment was made official by then president Jacob Zuma.

He also recounted a hilarious time when he had curry with the family and "stood firm".

Here are five quotes from his testimony that you may have missed:

Eating curry with the Guptas

"Before we could talk - I think that is their culture - before you talk to them, you eat curry. So this thing you see in the public that people eat curry there, it's not a joke. It's true, we eat curry. And then he gave me a good lecture about how most of the things I was eating there, came from from their farm.

''That everything they eat, is not from the shops, it came from their farm. I didn't even know that they had a farm. So that's what we discussed, at his house, Ajay Gupta. Vegetarian curry, I don't like it but I had to eat. Curry, curry, curry. I ate but that curry never finished me, I stood firm."

On being appointed sports minister by the Guptas

"I was never offered a position [of sports minister] by the Guptas, because when somebody offers you a position you get called, and then you get to discuss, and then you're given an offer that 'we want you to be minister of sports'. So, it never came that way to me, in a form of an offer. It was a congratulatory note from somebody who would have known that I was going to be the minister of sports."

"In the NEC, the fact of what I raised is that I received a call about somebody informing me about becoming minister of sports and recreation, and it turned out to be like that. So appointment, in my understanding, would have meant that you are called and you are informed by somebody about your appointment, of which in the chronological order of events, the appointment was done by the president of the republic."

On the appointment of other ministers by the Guptas

"I've read many things about that, but I cannot give evidence about it except that relates to me. I don't know, advocate, I wouldn't give you information I wouldn't back up. It's just hearsay that I've read about."

TNA breakfast meeting with the Guptas