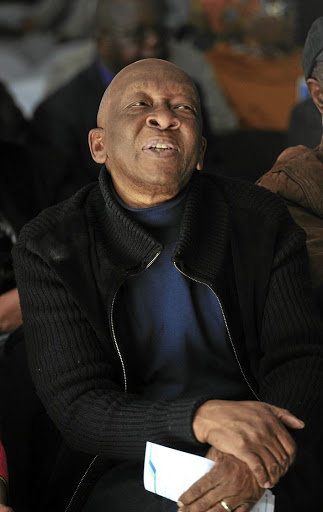 Msomi, who was arrested on Saturday in Durban by the Hawks' serious commercial crime investigation unit, was remanded in custody.

He is expected to appear at the same court on April 2 with legal representation.

According to sources, police pounced on him following a tip-off on his whereabouts.

Sowetan has learnt that Msomi was caught in his hide-out spot in Durban.

Hawks spokesperson Lloyd Ramovha said in a statement: "Msomi was arrested this past weekend in Durban following a probe into R8m that was allegedly stolen from the (LLLP), trust account early this year."

The disappearance of the funds was discovered earlier this year, and a case was opened at the Bramley police station in Johannesburg.

Before the funds disappeared, Msomi allegedly confided in one of the legends about his financial woes.

Acting chairperson of LLLP, Letta Mbulu, said the money disappeared the same afternoon it was deposited on September 18 2018.

It was allegedly moved from the FNB account to a Nedbank account and then transferred to others.

The 76-year-old Msomi is world-renowned for writing and directing theatre play Umabatha, that produced stars like Thembi Mtshali-Jones.

The play is an adaptation of Shakespeare's Macbeth, and details how Mabatha overthrows Dingane.

It was staged in 2016 by the University of Pretoria.

The suspect, a Johannesburg resident was nabbed by the Hawks in Durban  on Saturday.
News
2 years ago

Msomi also served on many boards at different organisations, including the KwaZulu-Natal Film Commission (KZNFC).

Sources have also revealed that Msomi has apparently been struggling with a gambling addiction since his days in exile.

The LLLP was started by the department of arts and culture in September 2018, and a trust was set up in order to empower the living legends when it comes to accessing opportunities available to them.

Department of arts and culture spokesperson Asanda Magaqa said: "The arrest of the suspect and the crime he stands accused of is an extremely bitter pill to swallow. The department had over the years accorded greatest respect to the suspect as an arts icon.

"To the Living Legends, who also held their peer in high esteem, him being implicated has been the greatest betrayal and a devastating blow.

"However, minister Nathi Mthethwa has full faith in the justice system that the law will take its course."

The board of trustees of the Living Legends Legacy Project is pushing to have one of its members expelled.
Entertainment
2 years ago

Police are expected to make an arrest today of the suspected thief who stole R8m from the Living Legends Legacy Project Trust.
Entertainment
2 years ago
Next Article