NUM warms up to Eskom unbundling after meeting with Ramaphosa 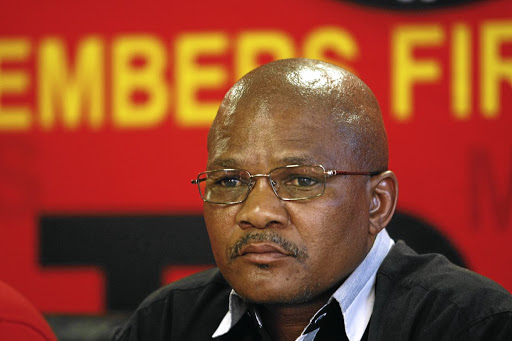 National Union of Mineworkers general secretary David Sipunzi, along with the union's other leaders, on Monday met with President Cyril Ramaphosa on unbundling at Eskom.
Image: Esa Alexander

President Cyril Ramaphosa has assured workers that they will not lose jobs when Eskom goes through an unbundling process.

Ramaphosa also told the National Union of Mineworkers, during a high-level meeting on Monday held at the union's offices in downtown Johannesburg, that government did not have plans to privatise the ailing state-owned entity.

NUM general secretary David Sipunzi, who described the meeting as having "brought some elements of hope to workers", revealed this on Tuesday following the event which also included two cabinet ministers.

"The NUM can confirm that yesterday (Monday) … met with state president Cyril Ramaphosa,  who was accompanied by public enterprises minister Pravin Gordhan and energy minister Jeff Radebe," he said.

"It is important to note that the NUM will still need to consult with its Eskom members on the contents of the meeting, and discuss a way forward.

"The three-hour meeting with the president and the ministers came a result of resolutions that were taken earlier this month by thousands of frustrated Eskom workers. Workers are concerned about the inconsistent messages from government with regard to the unbundling of the power utility, dividing it into three entities - comprising of generation, transmission and distribution," he said.

Sipunzi added that workers "were very angry towards the attitude demonstrated by the leadership in government who are, in most instances, unable to explain what the unbundling would mean to them in terms of job security".

Energy experts have attributed the current load-shedding to poorly planned maintenance and a breakdown of Eskom infrastructure.
News
2 years ago

"The NUM would like to categorically state that the meeting with the president yesterday was productive and brought some elements of hope.

"Going forward, there will be an open dialogue on issues affecting workers, and that will accommodate every stakeholder."

"Most importantly, the NUM is relieved after being assured by the President that no jobs will be lost in the process of unbundling, and that the power utility will remain 100% state owned. The president also assured the NUM that going forward, stakeholders will be taken along or consulted when major decisions are taken."

Minister of public enterprises Pravin Gordhan briefed the media on Tuesday March 19 2019 on the daily load-shedding currently affecting South Africa. He attempted to assure everyone that Eskom was working hard to keep the lights on.