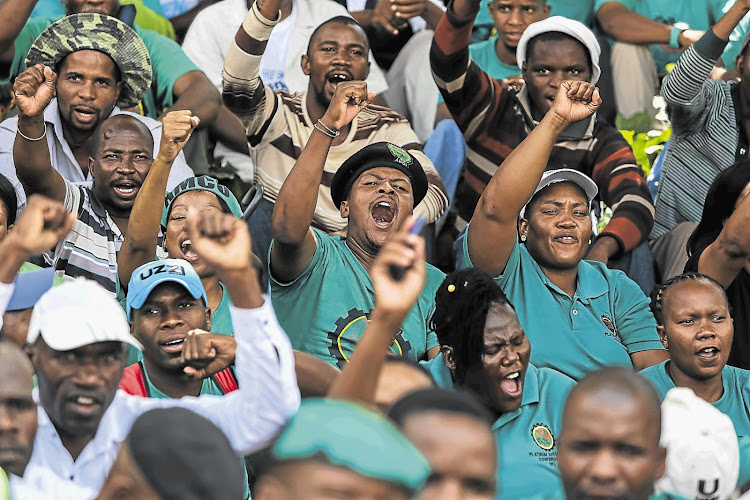 A protracted strike waged by the Association of Mineworkers and Construction Union might soon come to an end after the union's members agreed to accept a proposed settlement agreement advanced by Commission for Conciliation, Mediation and Arbitration.

AMCU, which represents 13,000 of the 32,200 people employed at Sibanye-Stillwater's South African gold operations embarked on the strike four months ago demanding an annual wage increase of R1 000 for the next three years.

The union announced in a media statement yesterday it had received "a resounding mandate from its members to accept the proposed settlement agreement advanced by the CCMA, in an attempt to break the wage negotiations deadlock with Sibanye-Stillwater".

South Africa’s labour court has rejected a request by the Association of Mineworkers and Construction Union (AMCU) to hold an industry-wide strike ...
News
3 years ago

"This deadlock has resulted in a protracted strike which started on 21 November 2018 and is still ongoing," said the union.

"The proposal by the CCMA is a payment of R5 700, coupled with other issues as contained in the previous settlement agreement. These include a salary advance of R5 000, debt consolidation, non-deductions of employer contributions to benefits, death benefits of employees who passed on during the strike, as well as disciplinary issues.

"While Amcu members previously indicated acceptance of the other issues covered, up to now they insisted on a payment of R9 300 [monthly salary].

"Amcu leaders conducted mass meetings on Friday, 15 March 2019, and at these meetings members accepted the proposed settlement by the CCMA in broad terms, before mandating the negotiating team to engage further with Sibanye-Stillwater on the implementation and method of payment, as well as the issue of back-pay," said the union.

Gwede Mantashe calls on police to quell violence at Sibanye mine

The union said after a meeting facilitated by the CCMA on Monday, AMCU communicated its "in-principle acceptance of the proposed settlement, emphasising that the R5 700 should be split over two of the wage agreement term, which is three years in total, as well as back-pay for the first year of the term".

"Even though Sibanye-Stillwater did not accept the proposal by the CCMA, Amcu remains positive this will create the necessary momentum to see a speedy resolution to the wage dispute," said the union.

The only difference, said Wellsted, was that Sibanye had proposed that the ex-gratia payment be R4,500, while CCMA's was R5,700.

He said when the company met with Amcu on Monday the union made an additional demand that it wanted a once-off backpay of R2,700.

It was this demand that resulted in Sibanye not considering the CCMA proposal.