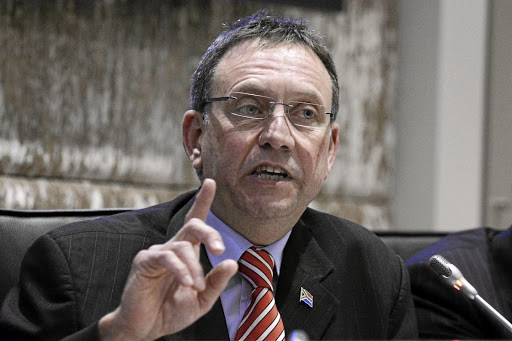 DA federal executive chairperson James Selfe has slammed the ruling ANC‚ saying it has rewarded people who contributed to the decline of the country with cabinet positions.

Addressing the media in Johannesburg on Saturday‚ Selfe said the ANC had added people on their lists who should instead be going to jail.

Selfe was speaking at a conference held to introduce the party’s list of candidates for parliament and provincial legislatures in the upcoming elections.

He also blamed the party for being responsible for the current load-shedding being implemented by Eskom.

The DA on Saturday released its lists of candidates for the upcomng elections whom it said it could safely say were the “best and most capable”.
News
2 years ago

"How is it that people like Faith Mazibuko‚ Bathabile Dlamini‚ Malusi Gigaba‚ Nomvula Mokonyane‚ David Mabuza‚ David Mahlobo‚ Cassel Mathale‚ Collen Maine‚ Siyabonga Cwele‚ and so on are eligible to serve the people‚ when they have taken so much away?

"Whether it is Jacob Zuma or Cyril Ramaphosa who is at the helm of the ANC and the country‚ the people of South Africa will suffer‚ and corruption will continue‚" said Selfe.

He said President Cyril Ramaphosa’s appointment of deputy president David Mabuza to head up the task team dealing with Eskom's problems was further evidence that the ANC did not know how to deal with the power utility.

In contrast‚ Selfe said‚ the DA lists represented the country’s beautiful diversity and were testament to the party’s commitment to "build one South Africa for all".

The DA says it will go to court to seek an order that will prevent former president Jacob Zuma from using more taxpayers’ money for his legal battles.
News
2 years ago

"The DA is a growing party‚ and has grown in every election. We are a party at work both in government and in opposition. As we sit today our ‘Manifesto For Change’ is being presented at mass rallies in the Eastern Cape and Limpopo.

"This speaks to a party with a message that resonates in every part of the country‚" said Selfe.