Trial for Daveyton double murder case set down for September 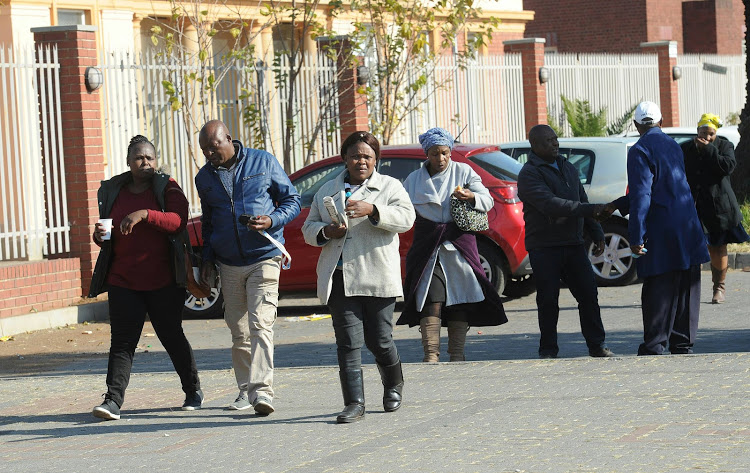 State prosecution has transferred double murder accused Antony Monyakeni's case to the Pretoria high court for trial. Monyakeni from Mina Nawe in Daveyton, east of Johannesburg, will begin trial on September 9 to 13.

This comes after a long postponement throughout last year and the state denying him bail on all accounts. On Wednesday the prosecutor, Basil Marishane, finalised the date for trial at the Benoni magistrates court besides Monyakeni's lawyer dumping him just before the commencement of trial. He will now be represented by a legal aid lawyer.

Monyakeni, 34, who appeared in court thinner and looking nervous hid his face throughout the court proceedings, clinching on to his fists. He allegedly killed his 34-year-old girlfriend Nonhlanhla Rapodile after a heated argument in June last year. He later confessed to the double murder, indicating in his confession statement to have thrown Rapodile against a stove, which caused her to bleed profusely at their rented RDP house.

On realisation that the woman's daughter Hlelokuhle, 4, had witnessed the assault, he decided to strangle the little girl and suffocate her with a pillow. Hlelokuhle was not the man's biological daughter.

Antony Monyakeni, 33, made a quick appearance at the Benoni Magistrate's Court for his bail application this morning.
News
4 years ago

His confession statement further explained how he then decided to stage the crime scene by placing the dead bodies on the bed and burned down the house to make it look like they died from a house fire. He is charged with defeating the ends of justice, murder, malicious damage to property, arson and tempering with the crime scene with an intention to conceal evidence.

Rapodile's uncle Themba told Sowetan after court proceedings on Wednesday that he was relieved that the trial date has finally been set.

"We have ran up and down to get justice and we are finally getting closer to the end," he said.

The uncle said coming to court was not easy for the family as they are still battling to come to terms with the deaths of their daughter and granddaughter.

"It still hurts. What pains us the most is the fact that Antony is not remorseful. He sends people to harass us and ask for his furniture; the same furniture he decided to burn with our daughter beyond recognition," fumed Themba, adding that the family was now applying for an urgent court order for Monyakeni to stop sending them intimidating messages from prison.

"We hope he will get a sentence that will keep him away from us [for a very long time]. We remain broken to pick up the pieces of the traumatic images that his acts have left in our minds when he brutally killed our children."