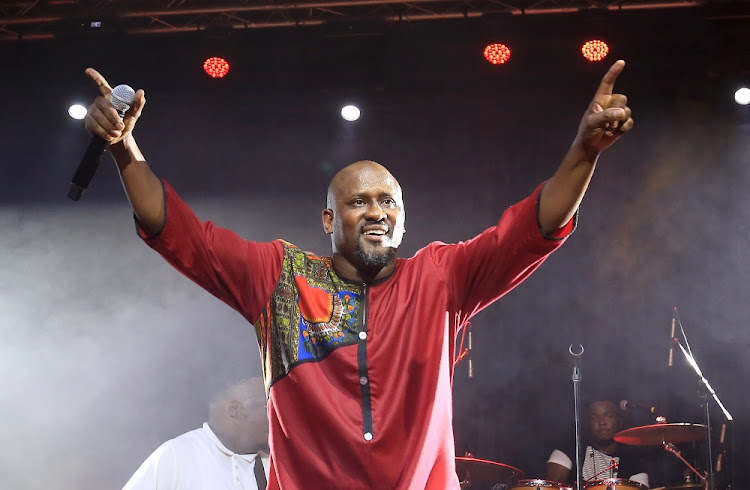 The EFF’s senior leadership stands at the top of the party’s list of candidates for parliament after the May 8 general elections.

Julius Malema is number one on the party list for the National Assembly‚ with his deputy‚ Floyd Shivambu‚ in second spot. The party’s national chairperson‚ Dali Mpofu‚ occupies the third position‚ but he is unlikely to swap his black advocate’s gown for red overalls and gumboots that make up the dress code for the EFF's parliamentarians.

Mpofu occupied a similar top spot on the party’s list ahead of the 2014 general elections‚ but he declined the opportunity to go to parliament. Instead‚ he chose to stick it out in the courts as a senior counsel.

A surprise appearance on the list is singer Ringo Madlingozi‚ who features in the number 39 spot. The Sondela Sthandwa singer has‚ over the past few years‚ publicly supported the party and attended its events.

Polling ahead of the upcoming elections suggests that the party is likely to double its support from the 6% it attained in May 2014.

This increase from its current 25 seats means Madlingozi may have a real chance to get into parliament.

If that happens‚ he wouldn’t be the first entertainment superstar to swap the celebrity life for full-time politics. Fana Mokoena‚ who starred opposite Brad Pitt in World War Z‚ became an EFF MP in 2014. He sits at number 11 this time around‚ a shoo-in by all accounts.

According to the EFF list published on Wednesday‚ the party will seek to retain a large number of those who represented it in the current term of parliament.

The party’s national spokesperson‚ Mbuyiseni Ndlozi‚ who proved to be a thorn on the governing party’s side‚ appears at number seven on the list.

On Wednesday night Ndlozi told TimesLIVE that the list was a result of a rigorous democratic process that included each candidate being subjected to an internal secret ballot “from the CIC [commander in chief] Julius Malema‚ to the rest of the fighters”.

Ndlozi said the EFF’s list has continuity and change‚ meaning it has retained hard-working MPs but had added “young revolutionaries”‚ particularly from the Fees Must Fall Movement.

“Thus‚ it is constituted by a tried and tested collective of fighters‚ who have cut their teeth on the picket-lines of the economic emancipation movement‚” he said.

Ndlozi also noted that the EFF list has a gender balance‚ consistent with the principle of a 50/50 percent representation.