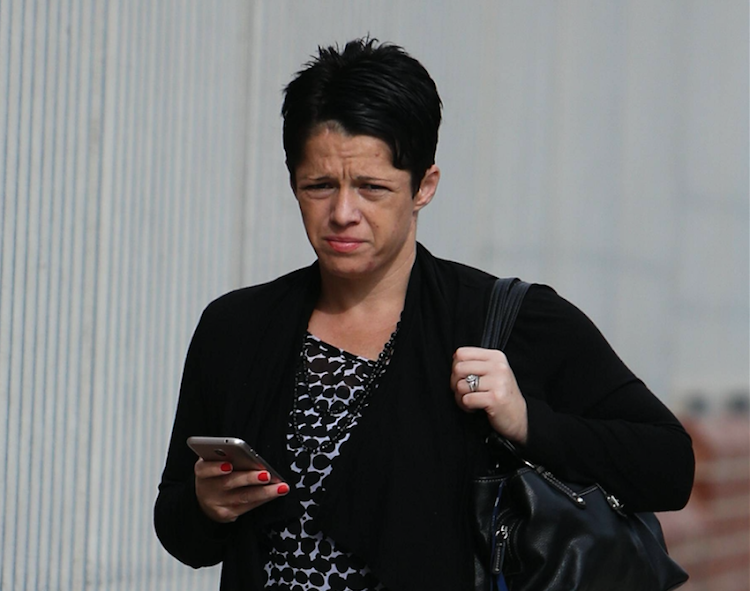 Disgraced detective Alicia Beeming was sentenced to four years in jail for shielding an alleged gangster with whom she was in a relationship.
Image: Werner Hills

Disgraced former police detective Alicia Beeming hung her head in apparent shame after she was sentenced to four years in prison for defeating the ends of justice.

‪In handing down sentence in the Port Elizabeth Magistrate's Court on Thursday, magistrate Onke Myataza said a custodial sentence was the only option to consider.‬

‪"She [Beeming] put the lives of colleagues in danger as well as those of witnesses," Myataza said.‬

‪Beeming‬ pleaded guilty to a charge of defeating the ends of justice in August 2017 after she was found to be shielding alleged gangster Hans Jordaan, who was being sought by the police.

At the time, Beeming was employed in the police's gang unit.

It was alleged that Beeming was in a relationship with Jordaan at the time.

Jordaan subsequently evaded arrest and was not charged, meaning "victims did not receive justice".

All the cases Beeming had been working on at the time had to be withdrawn and charges were dropped against a number of suspects.

He placed a lot of emphasis on the wellbeing of Beeming's three children but was satisfied that they would be taken care of while Beeming served her time.

Myataza ordered that Beeming have 30 days to make arrangements for the care and custody of her children.

Policeman fishing for 'bribes' at roadblock arrested in Camps Bay

A police sergeant who allegedly urged motorists to pay a bribe to avoid being fined at a vehicle check point in one of Cape Town's most affluent ...
News
3 years ago
Next Article