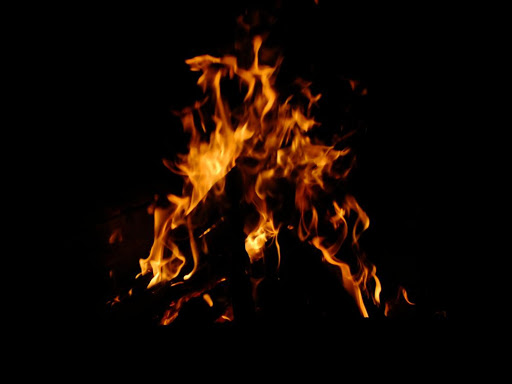 Arson is believed to be the cause of a fire at Duvha Combined School in Witbank on Tuesday.
Image: Bruce Gorton

Evidence gathered at Duvha Combined School in Witbank - which was set alight in the early hours of Tuesday morning - pointed to arson, said Mpumalanga police.

"It is suspected that the suspects may have used an inflammable substance, as an empty container was found on the scene," said Colonel Mtsholi Bhembe.

The fire destroyed the school's administration block, which housed several offices, including the principal's, as well as a storeroom.

"Around 3.30am [on Tuesday] morning, some community members from the area saw the school on fire and alerted the fire department, who responded and managed to extinguish the fire," said Bhembe.

The provincial education department earlier expressed its belief that the blaze had been ignited intentionally.

"A team of officials from the infrastructure directorate has already been sent to the school to conduct an assessment of the damage and to advise the department on the course of action that must be undertaken," said spokesperson Jasper Zwane.

The department has called on anyone with information to come forward.

Zwane was confident that the fire would not disrupt ongoing exams.

The school was already in the spotlight after a video of a fight, which took place on January 30, went viral.

Part of the Duvha Combined School in Witbank has gone up in smoke following a suspected arson attack‚ the Mpumalanga education department said on ...
News
2 years ago

Also on Tuesday, the department announced the expulsion of two Grade 9 learners who were recorded beating a grade 8 pupil.

"Because these two learners fall within the compulsory attendance age, the circuit manager has been tasked to enroll them in another school and to closely monitor their conduct," said Zwane.

A third pupil, who was also part of the assault, was given two weeks' suspension and told not to conduct himself in a similar manner in the future.

Zwane said the department felt that the expulsion would "send a clear message that bullying will not be tolerated in schools".

A nearby substation supplying electricity to the school was also damaged on Tuesday morning in what police believe to be another petrol-bomb attack. A case of arson has been opened. Police could not immediately comment on whether the same people were behind both apparent arson incidents.