'Why did he have to die like that?' Fatal playdate haunts family 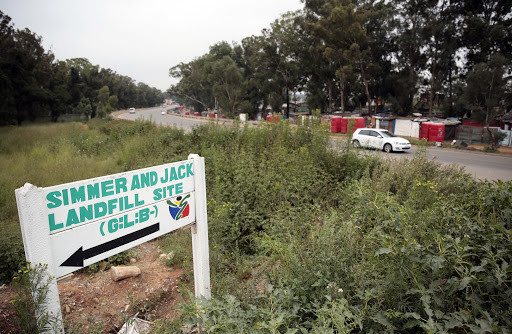 A child has been found dead after he was assaulted by his friends while playing in Germiston.
Image: Sebabatso Mosamo/Sunday Times

Okuhle* was "excited as usual" when he accompanied his aunt to a nearby bus stop.

"He was just himself. He accompanied me to the bus stop‚ where I took a taxi going back home. I bought him some chips and he was excited as usual as he ran back home‚" she told SowetanLIVE.

It is her last memory of the three-year-old‚ who died on Saturday - allegedly at the hands of two children aged seven and eight.

His aunt said he did not deserve to die "like a dog".

"He was only a child. He would not hurt anyone. Why did he have to die like that?” she asked.

The family from Germiston‚ Ekurhuleni‚ searched all evening for him when he failed to come home by dark - only to find out the next morning that he had died.

His body was found in the bushes near a dumping site‚ close to their home in the Marathon informal settlement.

The two children Okuhle was with allegedly confessed to police that they assaulted him with stones‚ tied him up with a rope and pushed him over the edge of a dumpsite.

His distraught father said he had hoped against hope that the rumours of a body being found were not true. "I just rushed there. A lot of things were going through my mind. I had hoped it would not be him‚ but unfortunately it was‚" he said.

At the boy's humble home‚ just a kilometre away from where he was found dead‚ Okuhle's mother is struggling to come to terms with what happened.

“She is not coping. She’s been crying ever since we heard the news‚" said the toddler's aunt. "Like any mother would‚ she's wondering why her little boy was killed."

For the five children who frequently played with Okuhle‚ they have resumed their everyday soccer game‚ seemingly unaware that they will never see their friend again.

The boys implicated in the death are in the custody of their parents while police investigations continue.

* The family have asked for their identities to not be revealed.