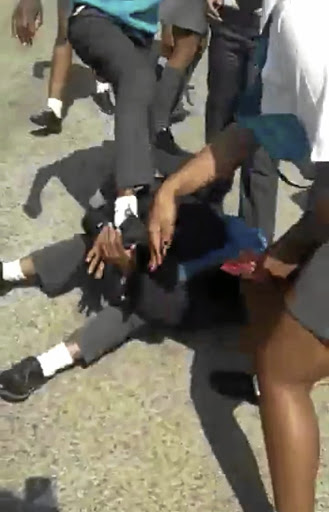 Five girls from Crystal Park High School in Benoni have been suspended after a video of them attacking a 14-year-old grade 9 pupil went viral.

The fight between the girls, who are also aged 14, and their victim was apparently over a boyfriend. The video of the girl being attacked was captured on Wednesday last week but it went viral at the weekend.

It shows a group of girls in school uniform attacking their victim, who is seen sitting down. They are shouting and hurling insults at her as they repeatedly slap and kick her.

Yesterday, enraged Gauteng education MEC Panyaza Lesufi, who visited the school, said "madness of violence in schools has to stop".

"I was shocked and emotionally stressed when I saw the video. Luckily, the victim is not harmed but that was a clear case of attempted murder. I spoke to the parents but they have advised me not to enter into details regarding what happened. Our children involve themselves in adult things," he said.

Lesufi said the department was working with social workers to deal with violence at schools. The MEC said he was not opposed to criminal charges being laid against the perpetrators.

Several pupils at the school told Sowetan yesterday the fight between the girls was over a boyfriend.

A 14-year-old grade 9 pupil said: "There is a lot of fighting, especially over boys or gang-related issues. All we want is to feel safe inside and outside the school premises."

School governing body chairperson Madisa Moto said it was the first time the school experienced such an incident.

Bullying and violent behaviour of pupils in schools have come under the spotlight again with a video showing female pupils from a school in Ekurhuleni attacking a fellow pupil on the 7 March 2019 ...

"We have dealt with issues of discipline, selling of illegal staff (weed) but not an incident of this nature.

"We discourage it at all costs and we are going to implement the policies that are there already. We are not going to attach emotions on this matter," Moto said.

In another incident caught on video on Friday, a fight between two pupils at Edenvale High School, also on the East Rand, left a pupil with a jaw injury.

Thirty-six seconds into the video, a grade 9 pupil, who was allegedly assaulted, can be heard saying to the alleged perpetrator: "If you want me, come to me." The two pupils are then seen fighting while others watch and cheer.

"The perpetrator was precautionarily suspended with immediate effect, pending the disciplinary hearing in due course," Gauteng education department said yesterday. 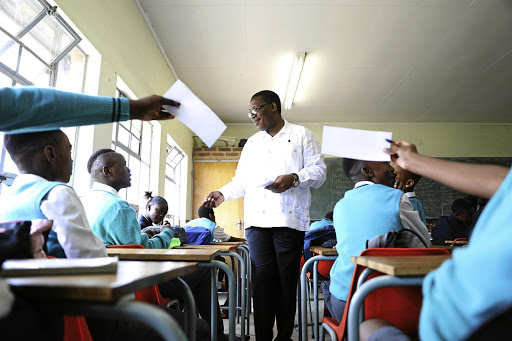 Parents of both pupils were notified of the disciplinary processes. "Psycho-social support has already been provided to the victim, who unfortunately sustained minor jaw injuries. This support will also be extended to the perpetrator," the department said.

Lesufi said there was a trend developing among school girls and it needed to be stopped.

To deal with the issues of violence, Lesufi said each and every school should identify one teacher who will work with the pupils.

"You are the first generation that we are preparing at this democratic government. Our investments are coming to you and we want you to be better than your parents," he said.

Clinical psychologist Anele Siswana said violence in black and public schools comes from the lack of co-operation between parents, the school and the community.

"Parents have less participation in the time when learners are at school," he said.

"Teachers are not entirely capacitated with all the necessary skills to discipline children in terms of violence.

"If a child comes from a family where there is violence and there is no proper structure of how relationships are managed, you are likely to see the reaction of the five girls. In most cases, forms of violence are always triggered by environment," Siswana said.