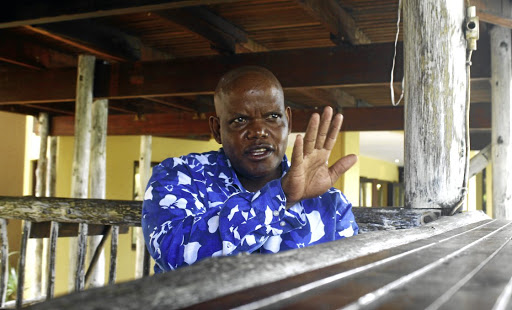 Former acting national police commissioner Khomotso Phahlane believes the recent corruption charges against him are aimed at creating a cloud over his head.

Phahlane told Sowetan the recent allegations of fraud and corruption against him were "baseless and unfounded" as they related to a period when he was not even in the SAPS.

Phahlane was arrested for failing to report, as an accounting officer, possible irregular and fruitless expenditure relating to the tender, worth over R80m, for blue lights in the Gauteng SAPS.

"They're baseless, unfounded and without merit and won't stand before any reputable court," he said.

The affidavit detailed the processes leading to the awarding of the tender, on which an initial order of R10m was issued in March 2017, after the service provider was recommended by the SAPS bid evaluation and bid adjudicating committees.

In a scathing attack on the Independent Police Investigative Directorate (Ipid), former acting police commissioner Khomotso said his arrest was a set ...
News
3 years ago

This was during Phahlane's tenure at the helm of SAPS.

However, questions were raised on subsequent orders of R39.8m and R35.1m from the same service provider, with a Gauteng SAPS head of supply chain management, a "Brigadier Buthelezi", reporting the last two orders, which were made on June 2017 and March 2018, as irregular expenditure.

"I was called and told to appear in court the next day... hence I refer to [the investigator] as a lousy dunderhead because the charges related to a period I was not even in the SAPS," Phahlane said.

The report of the investigation was allegedly handed over to police commissioner Lt-Gen Khehla Sitole.

Phahlane said former Ipid head Robert McBride and Fraud Examiner Paul O'Sullivan were behind the negative media reports on him.

O'Sullivan said: "That man is an awaiting-trial accused. He's consistently lied to the people of this country."

McBride had not responded to Sowetan's request for comment at the time of going to print.

The Independent Police Investigative Directorate (Ipid) arrested a lieutenant-general and a major-general on fraud and corruption allegations.
News
3 years ago

It's unlawful to conduct "revenge investigations" against the officials investigating them.
News
3 years ago

The state has withdrawn its corruption case against former acting national police commissioner Khomotso Phahlane.
News
3 years ago
Next Article