Johannesburg link to downed Ethiopian plane - no South Africans on board 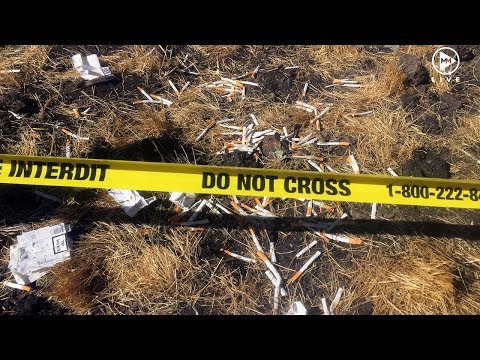 The Ethiopian Airlines plane that crashed on Sunday - killing everyone on board - had been piloted only hours before from Johannesburg to Addis Ababa, the airline disclosed.

No South Africans were on board.

The airline said in a statement after a press conference held at Ethiopian Airlines headquarters on Sunday afternoon the plane had crashed shortly after takeoff en route to Nairobi from Addis Ababa.

The crashed B-737-800MAX airplane "flew back to Addis from Johannesburg this morning to its yet another flight bound to Nairobi (sic)", the airline said.

The new-model Boeing had undergone "a rigorous first check maintenance" on February 4 this year, the carrier said.

"It is too early to speculate the cause of the accident and further investigation will be carried out to find out the cause of the accident in collaboration with all stakeholders including the aircraft manufacturer Boeing, Ethiopian Civil Aviation Authority and other international entities to maintain the international standard and information will be provided once the cause is identified," airline officials said.

The airline said the doomed flight was piloted by a senior captain, Yared Getachew, who had more than 8,000 cumulative flight hours and a "commendable" performance record.

He was assisted by first officer Ahmed Nur Mohammod Nur who had 200 flight hours on his record.

The Ethiopian Airlines group expressed its profound sorrow to those involved in the tragic plane accident, saying it would provide all the necessary support to the families of the victims.