Three dead as car collides with tree on West Rand 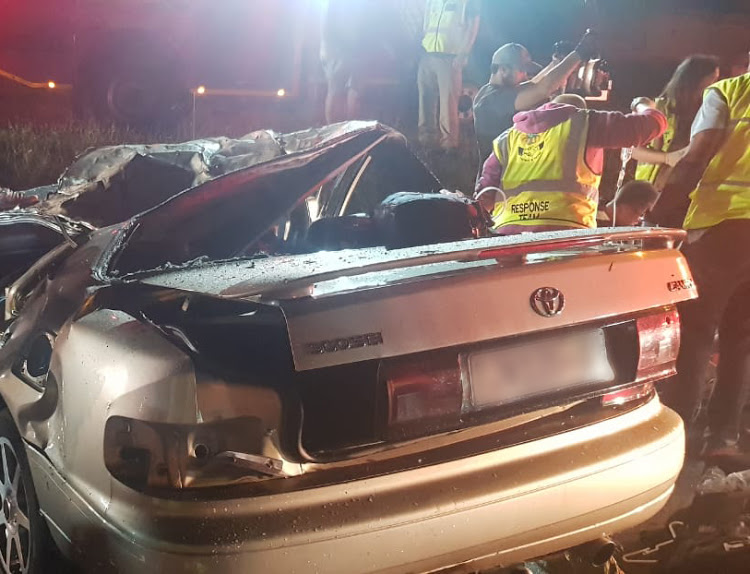 Three people died and two others sustained serious injuries when a car collided with a tree in Krugersdorp on Friday evening.
Image: Supplied /ER24.

Three people were killed and two others sustained serious injuries when a car collided with a tree along Voortrekker Road in Krugersdorp on the West Rand on Friday night‚ paramedics said.

ER24 spokesman Werner Vermaak said that ER24 paramedics as well as fire and rescue services had arrived on the scene shortly before 9pm on Friday to find the severely mangled wreck.

“Upon assessment‚ they found that three people sadly succumbed to their injuries. They were declared dead on the scene. Two people‚ the driver and a passenger‚ were found with serious injuries.

Two killed, 69 injured in accident between bus and car in Mpumalanga

Two people were killed and 69 others injured in a collision between a bus and a vehicle on the R538 Numbi Road just past White River.
News
2 years ago

“The exact circumstances surrounding the incident are not yet known. It appears that the vehicle collided with a barrier and a tree. Local authorities attended the scene and will conduct an investigation‚” he added.