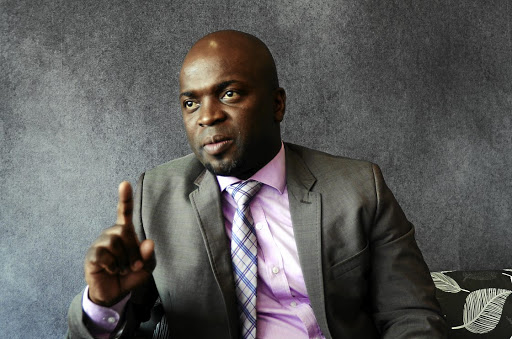 DA Gauteng premier candidate Solly Msimanga says if he is voted into power post the national elections, he will ensure that corrupt police officials would be blacklisted.

"In Gauteng, the DA will fire corrupt officials and blacklist them from future public employment [and] push for speedy discipline and prosecution of corrupt police officials to ensure a professional and honest service," said Msimanga.

He was speaking to DA members at the party's provincial manifesto launch held at Saulsville Arena in Tshwane on Saturday.

Msimanga, who resigned from his position as the executive mayor of Tshwane last month, said he is committed to appointing a provincial police Ombudsman to resolve complaints and ensure effective community oversight over policing.

Outgoing Tshwane mayor Solly Msimanga has survived a third motion of no confidence.
News
2 years ago

"There should be a good working relationship between residents and the police, who should be supported by the provision of proper skills, equipment, and infrastructure to do their jobs effectively," he said.

The former mayor assured the crowd that he would also establish a high-powered anti-corruption unit in the premier’s office and also appoint a commission of state capture in Gauteng which would probe corruption against public servants.

The DA premier candidate said if the DA is voted into power, it will lobby for daily policing to be given over to the province and metros to address local needs.

Furthermore, he said it will also push for the return of specialised units such as those which combat gang violence, hijacking, rural crime, and organised crime.

Turning to immigration, the former mayor said the DA is not a xenophobic party, however, South Africans will be given first priority before foreign nationals, especially those who are undocumented.

"We are not xenophobic and we will never fight with our brothers and sisters, but we [will ensure] that everybody who lives in Gauteng must be here legally.

"We believe that there should never be a foreign national who is here and is owning an RDP house before our own does. We believe that where people are employed, South Africans are given priority in terms of employment," said Msimanga to a round of applause.

He said immigration laws must be firmly enforced so that illegal foreign nationals are deported and all immigrants are properly documented.

Msimanga claimed that Gauteng’s population has more than doubled since 1994 to 14.5 million, with annual in-migration of 300 000 people.

"Where the DA governs, we recognise the importance of immigrants with scarce skills to grow our economy and create jobs. The DA will seek to recover hospital and school costs from foreign embassies and will push for deductions from the SADC Customs Union," he said.

Msimanga is seeking to oust the ANC's Gauteng premier David Makhura after the elections which will take place on May 8.