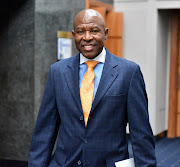 President Cyril Ramaphosa once again waded into the debate around the nationalisation of the Reserve Bank on Thursday.

During a parliamentary Q&A session‚ Ramaphosa said the Reserve Bank should be owned by the people of SA.

Both Ramaphosa and central bank governor Lesetja Kganyago have been vocal on the debate on the independence of the central bank. We look back at their various statements on the matter:

Ramaphosa addressing the ANC national executive committee in January‚ urging the party to speak with one voice on the nationalisation of the Bank:

"Investors take flight when we speak at variance with one another. This is especially important on issues such as the ownership‚ independence and mandate of the SA Reserve Bank."

Ramaphosa addressing parliament during a Q&A session on Thursday:

"What doing away with private shareholders will do is give us sovereignty. A central bank is one of the most important institutions in the life of any country. That decision [to change ownership] is there and it has to be implemented. That is the position and there is no hidden agenda‚" said Ramaphosa.

Lesetja Kganyago on the ANC elections manifesto which called for policy makers to consider growth and employment when setting interest rates:

"Our mandate as the Reserve Bank is to protect the value of the currency in the interest of balanced and sustainable growth. Anyone who says that the Reserve Bank must focus on growth has clearly not read the constitution‚" said Kganyago.

Kganyago during an interview at the World Economic Forum in Davos:

"Depending on the valuation used‚ nationalising the Bank could cost anything between R20m and R100bn‚" Business Day reported the governor as saying.

"Whatever the figure‚ if the government had that money‚ which I know it doesn't have‚ would it spend that money buying the Reserve Bank‚ or solving the electricity crisis‚ or putting it into education‚ or building a hospital or clinic? What would make this a priority compared to other areas?"