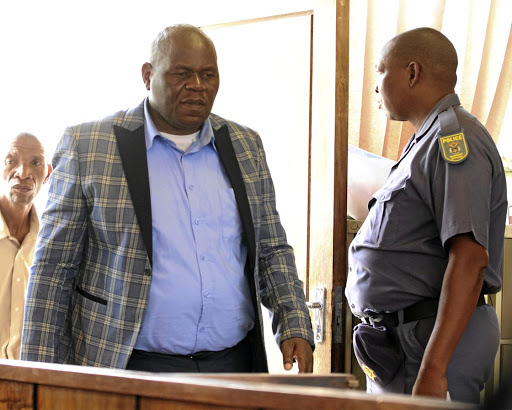 A large number of women clad in T-shirts of various political parties have gathered at the entrance of the Seshego magistrate's court near Polokwane in support of victims of rape prior to the appearance of the pastor accused of various charges.

The majority of women, wearing blue T-shirts belonging to the DA, and others wearing ANC colours, were seen waving panties on Wednesday morning as a way of protesting against the incidents of rape against the man of cloth. Pastor James Thubakgale was scheduled to make an appearance in court on Wednesday in relation to charges of rape, fraud and assault with intent to do grievous bodily harm.

The 57-year-old leader of the Devine Deliverance Church of Christ in Seshego was arrested on February 11, and is facing five charges of rape, one of fraud and five of assault GBH. He is expected to apply for bail . Thubakgale was arrested with five senior members of his church, who have since been released on R1,000 bail each.

The protesters outside the court building were singing songs, calling for the court to deny bail to Thubakgale. They were joined by DA provincial leader Jacques Smalle, who said they were doing this in support of the victims of rape.

During Thubakgale's previous appearance, the matter was postponed to Wednesday as the presiding officer, magistrate Michael Mamabolo, was unwell. Police have since beefed-up their presence in order to control the crowd. A large contingency of media personnel was also allowed inside the courtroom, where fresh pictures of Thubakgale would be taken as soon as he is called into the dock.

Judgment against the controversial Limpopo pastor charged with two counts of rape has been reserved for March 22.
News
3 years ago
Next Article