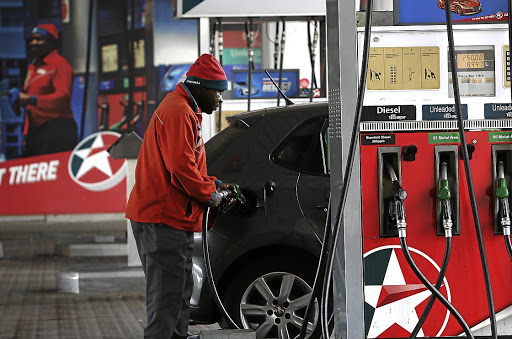 Motorists will need to fork out an additional 74c/l from tomorrow, as a rising oil price offset a stronger rand against the dollar last month.

The inland price for a litre of 95 octane unleaded petrol will rise 5% to R14.82 a litre, and diesel almost 7% to R14.05, the Central Energy Fund said yesterday.

During the period under review (February 1 to February 28), the rand had averaged R13.8038/$, about 1% stronger than the prior period.

The price of Brent crude, however, rose 8.66% in February, as markets watched for the effects of production cuts in 2019 year by oil cartel Opec.

Record petroleum production in the US continues to put a lid on oil prices, with the Automobile Association saying ahead of yesterday's release that this may bring some relief for motorists.

"In the medium term, we expect world supply will slightly outstrip demand as the US continues to make impressive progress with its domestic oil production," the association said.

"However, petroleum prices remain vulnerable to geopolitical shocks and we cannot rule out further price hikes in the first half of 2019," the association added. - BusinessLIVE

How likely are electric cars in South Africa’s future?

Elon Musk wants to bring Tesla to South Africa and Shell is planning on building charging stations but how likely are you to be driving an electric ...
S Mag
3 years ago

The Automobile Association of South Africa (AA) has criticised the introduction of a new carbon tax on fuel‚ describing it as unfair for motorists ...
News
3 years ago

Another increase on sin taxes is on the cards, finance minister Tito Mboweni announced on Wednesday.
News
3 years ago
Next Article