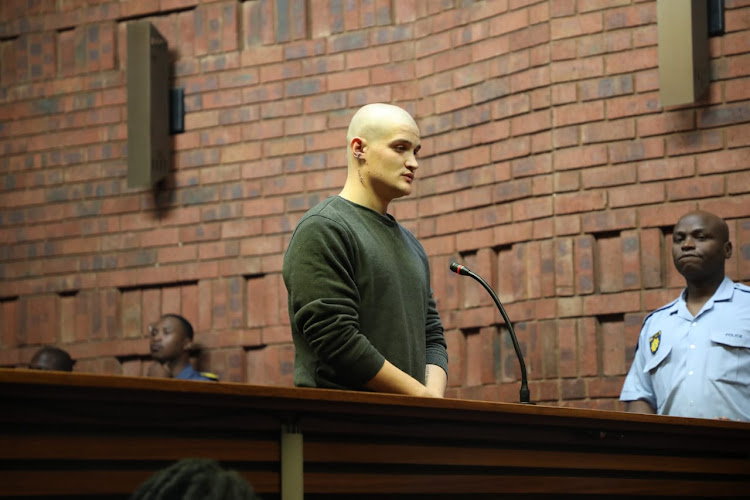 Nicholas Ninow, the man accused of raping a child at a Dros restaurant in Pretoria will be going to trial in September.
Image: Thulani Mbele/Sowetan

The 22-year-old man accused of raping a seven-year-old girl in the bathroom of a Dros restaurant in Pretoria last year is expected to stand trial in September.

Nicholas Ninow appeared briefly in the Pretoria magistrate’s court on Tuesday where he faced charges of rape, assault, kidnapping, defeating the ends of justice and possession of an illegal substance.

Advocate Sanet Jacobson told the court that Ninow’s matter will be heard in the North Gauteng High Court in Pretoria from September 9 to 20. Ninow’s lawyer Riaan du Plessis told the court that his client has elected to have the trial conducted in Afrikaans.

The trial will commence after Ninow was found to be fit to stand trial after spending a month at Weskoppies Psychiatric Hospital in Pretoria where he underwent mental observation. He was evaluated by a team of four experts, including psychiatrists and a clinical psychologist, in line with a court order made last year. The evaluation was done to determine the mental capacity of the accused and whether he could be held accountable for the alleged crimes.

Ninow was sent for mental observation after Du Plessis told the court that there was a need to explore the mental state of his client at the time of the alleged incident. He said the accused had been diagnosed with bipolar disorder in 2013 and had been using drugs since he was 14.

It was put on record that the accused had previously undergone rehabilitation for substance abuse. "He also tried to commit suicide because of the severe depression of having bipolar," Du Plessis said at the time.

Jacobson told the court that it was in the interests of justice for the accused to be referred to Weskoppies for observation. "His criminal capacity might be a relevant issue to pursue because a substance was found on him," Jacobson argued.