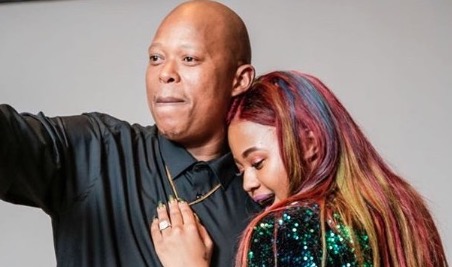 Babes and Mampintsha, seen here in this file picture, were considered to be one of the hottest couples in the country. On Monday the police confirmed that they were investigation a case of assault after Mampintsha was seen in a video assaulting Babes.
Image: Via Babes Wodumo Instagram

Police have confirmed that they are investigating an assault on musician Babes Wodumo – but would not confirm whether she had opened the case herself.

National SAPS spokesperson Brig Vish Naidoo told SowetanLIVE on Monday afternoon that police had "opened an inquiry docket while we are waiting for Miss Wodumo to come forward".

SowetanLIVE was told earlier in the afternoon that Wodumo – whose real name is Bongekile Simelane – had opened a case at a Durban police station. But Naidoo said he "would never confirm or deny" whether this had happened.

He said because of the nature of the incident – in which the victim was "beaten up by someone who appeared to be her boyfriend" – he could not provide any further information that might put her at risk.

"If we do obtain her statement‚ it will add to our investigation‚" said Naidoo.

The video of a man believed to be Babes' long-time boyfriend‚ musician Mampintsha‚ was apparently recorded live on her Instagram page during the early hours of Monday morning. The man can be seen slapping Babes several times.