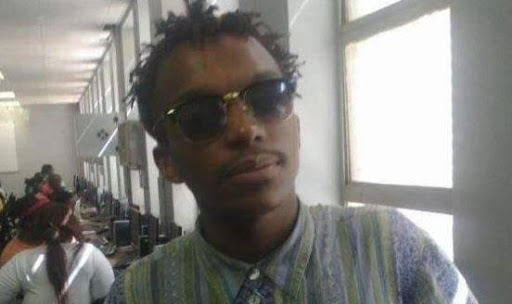 Thorisho Themane died nameless and alone in a Polokwane hospital - using his last laboured breaths to call out for Jesus.

The 28-year-old student and musician was savagely beaten‚ allegedly at the hands of teenage schoolboys who attacked him as he walked through a park on his way home after church band practice last week.

Now the teen who led police to arrest his Capricorn High School classmates is in hiding after receiving death threats that the next funeral will be his.

His mother‚ who requested anonymity as she fears for her family's safety‚ said the threat‚ which circulated on Twitter and WhatsApp‚ had driven her family into seclusion.

"My son is a happy child and now he never talks. He just hides in his room. We had to change his whole routine and now I take and fetch him from school. I am petrified that he will meet the same fate as Thorisho‚" she said.

WATCH | Kids who kill: an in-depth look into the murder of Thoriso Themane

"Every time I pass his room, I look at his bed and I get emotional."
News
2 years ago

Hundreds of mourners were present to bid the final farewell to Thorisho Themane at his funeral today in Polokwane, Limpopo.
News
2 years ago

Police are investigating the origin of the message as part of an intimidation probe.

The city has been on a knife-edge‚ with sporadic protests breaking out in calls for justice‚ and others baying for blood.

"At the hospital he had no name. He died with no-one around him and without his name‚" said Thorisho's father‚ pastor Mahlapahlapana Themane.

The motive behind Thorisho's death remains a mystery‚ but it has brought issues of gangsterism and drugs to the fore as rumours swirl.

During protests this week at the court appearance of six suspects‚ residents said these social ills were a threat to their community.

For the elderly pastor - shuttered away from the throngs - his son's death and the shadow of grief and regret hang over his Flora Park home.

"Had I just seen him and talked to him before he left‚ just to have been around him and seen his face for a couple of moments more … Now he's gone‚" he said.

"When he didn't come home we should have gone to find him. We could have found him while he was still alive.

"The nurses told us that he was shouting 'Jesus'. I could have spoken to him for the last time.

"I would have whispered in his ear and told him his papa was with him‚" Thorisho's father said.

Police had told him how‚ in a flurry of fists and feet‚ Thorisho was beaten as he tried to flee‚ only to be run down by one of his attackers in a car.

His bloody end was particularly public‚ with his attackers making a series of videos of the attack in which they can be seen carrying him as he gasps for air‚ leaving him for dead just metres from his home.

One clip shows an unconscious Thorisho lying on the ground as he is kicked in the face by a group of unidentified people‚ and later‚ his lifeless body being carried by the limbs by his attackers‚ with jarring narration.

In a third video which was filmed a day later at the school where the alleged perpetrators attend, one of the teens is seen bragging about his father's 'untouchable' status.

This was a key clue for police‚ who then moved in and arrested the six pupils‚ all of whom remain in custody after a brief court appearance on Thursday.

Thorisho's pastor‚ Benjamin Holmes‚ said their flock had been emotionally broken by the murder.

"His smile is what we all will remember most. He was always so present and engaging and his passing has shaken us‚" said Holmes.

"The fact that a group of young boys could publicly execute a brutal murder of an innocent passer-by attests to a society where the psyche that underpins the value of human life has been deeply eroded."

The cost of this is now borne by the Themane family‚ struggling to deal with the loss of their eldest son.

"I went and saw his body and all the bruises and cuts. My wife had to leave‚ and it is a picture in my mind which will never leave me‚" said Mahlapahlapana.

IN NUMBERS 9 people are facing are facing murder related charges for Thorisho Themane’s death‚ six of whom are teenagers.

They will spend 7 days in custody before their next court appearance.