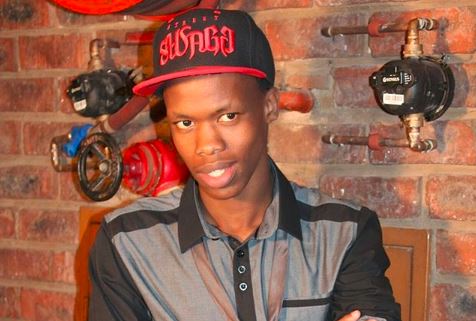 Mzansi has taken to social media to mourn the life and talent of  youngMatwetwestar, Sibusiso Khwinana, after it was confirmed he was stabbed to death on Friday night.

The young star and a friend were allegedly attacked over a cellphone.

SAPS spokesperson Captain Mavelo Masondo confirmed that a 25-year-old man had been fatally stabbed at around 11 pm on Friday night in Pretoria.

"It is alleged that the deceased and his friend were at the corner of Pretorius and Steve Biko Streets when the deceased was accosted by the suspect, who demanded his cellphone. As they were wrestling for the cellphone, the deceased was allegedly stabbed with a sharp object on the upper body. He was certified dead on the scene," Masondo said.

One of the stars of the critically acclaimed movie Matwetwe has been killed. Police officials on Saturday said a 25-year old man was attacked ...
News
3 years ago

Heartfelt tributes from all over South Africa have dominated timelines as the murder sends shockwaves across the country.

Directed by comedian Kagiso Lediga and co-produced by DJ Black Coffee, the film has received critical acclaim for its ability to deal with topics like drugs, murder and poverty in a comedy.

It tells the story of two young men from Attridgeville who are finding their way in life together as best friends and gained extra attention because of the use ofpitorislang in the flick.

Ster Kinekor, the films' distributors issued a statement, paying tribute to the actor.

"We are horrified and saddened to learn of the tragic death of the lead actor, Sibusiso Khwinana whose wonderful talent was demonstrated in his performance in the Matwetwe movie. Our sincere condolences to his friends, family and all those who worked with him in the local film industry" the statement read.

"We will fully co-operate with the SA Police and other authorities when called upon".

This is unbelievable , condolences to Sibusiso Khwinana’s family and friends, such a talented young man with a bright future ahead of him #RIPSibusisoKhwinana pic.twitter.com/EaM9GR3eBO

This is HORRENDOUS NEWS, the endearing breakout star who we have all just fallen in love with from Matwetwe; Sibusiso Khwinana was killed last night. ?? #RIPSbu pic.twitter.com/6xcvZWwAi9

What a loss!!!!
How long will it take for us to realize we have a crime problem as country,how many people must die before we do something.Who must we trust to protect us and our Families,who must we vote for?#ripsbu pic.twitter.com/461PvICnZt

So hurt????... It was just yesterday when @Official_TUT first year students were so excited to find him sitting outside the cinema room after watching their movie, such a calm and humble soul. Rest in peace Sibusiso Khwinana. Pretoria I'm so disappointed ??#MATWETWE pic.twitter.com/NH346wqO1k

And I was thinking 2018 was worse. Seems like we got a 2018 disguised as 2019. It's a messed up world we live in#Matwetwe #RIPSbu #RIPThoriso pic.twitter.com/iWCgIbu2SN

#MATWETWE I think the law must be amended now. Death penalty must be reinstated. Struuu pic.twitter.com/wRU4sUAAew

Lucky Dube ? shot & killed in a botched hijacking in Jozi

Now Sbu of #Matwetwe ? stabbed to death in Pretoria.

And many ordinary SAs killed in violent crimes everyday. Why? ? #RIPSbu pic.twitter.com/VQaCRsymwK

It must be the first time in the history of the world a lead actor of a movie being killed in the screening of their own movie.