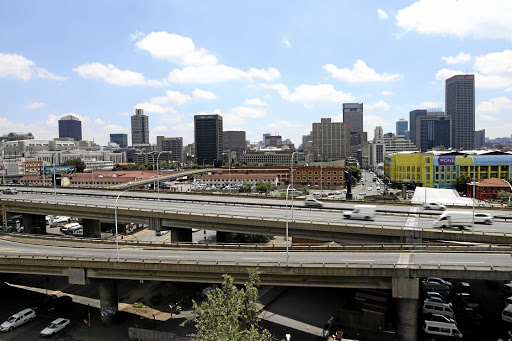 Johannesburg's major thoroughfare, the M2 highway, will be closed from today until October for a major refurbishment project.
Image: SANDILE NDLOVU

The M2 highway in Johannesburg was closed on the westbound carriage way, at Wemmer Pan and Mooi road, on Thursday, the first day of a major refurbishment that is set to continue until October.

Thousands of cars, taxis, delivery vehicles and buses were stuck in traffic with delays of between 20 to 30 minutes.

Traffic lights were also not working on the Wemmer Pan Road off the M2 highway towards the N17.

Traffic was, however, running smoothly on the elevated upper deck of the highway. The upper part of M2 is expected to shut down on Friday.

Johannesburg Metro Police Department spokesperson Wayne Minnaar said: "We have blocked most of the on-ramps to the M2 motorway with more expected to close for the complete shutdown later today." 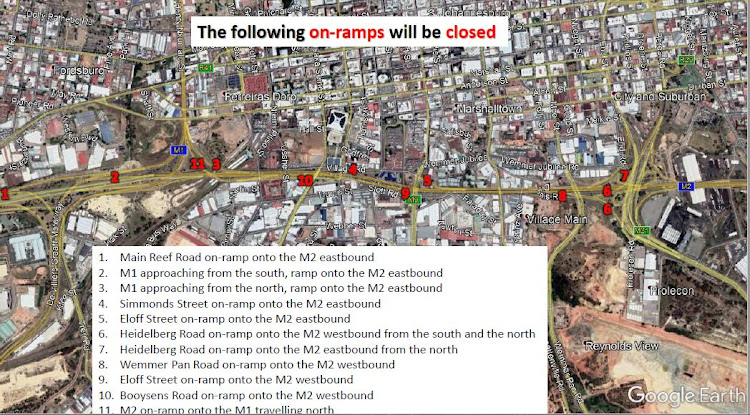 More than 150 Johannesburg metro police officers and traffic wardens have been deployed to deal with traffic around 10 M2 highway on-ramps and several intersections.

Authorities are expecting huge traffic backlogs and gridlock around several interchanges as well as alternate routes leading in and out of the city centre. 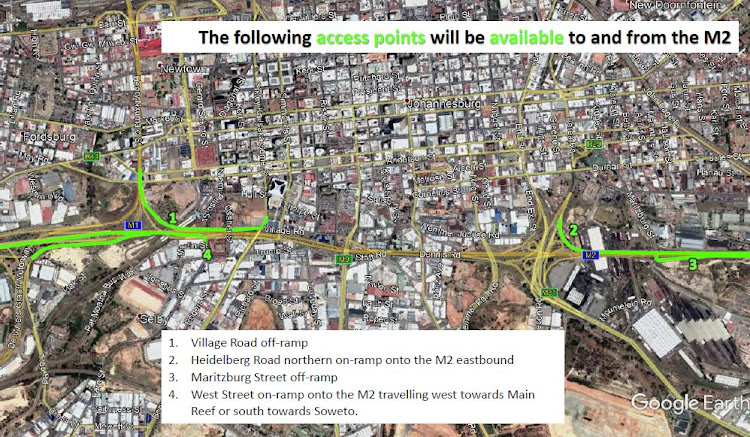 The section of the highway is used by 12,000 vehicles in both directions during peak hours daily

The section of the highway is used by 12,000 vehicles in both directions during peak hours daily, according to the Johannesburg Road Agency (JRA).

The City of Johannesburg said it was forced to close the highway after engineers declared parts of the M2 bridge a deathtrap for motorists.

This was as result of decks on the bridge along the double decker section shifting and allowing rain water to seep through to the foundation of the bridge.

Yesterday head of infrastructure at JRA Siyabonga Gebu said the highway would be closed with steel barricades that will temporarily secure the area while the bridge was being repaired.

Gebu said the eight-month closure would focus on replacing the pillars and reconstructing the decks that had sunk into the columns which act as the core support of the pillars holding up the bridge. 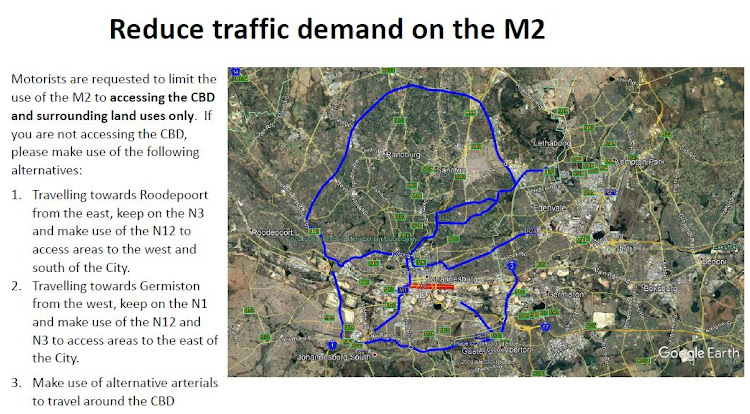 Motorists urged to use alternative routes.

He said 70 traffic wardens and more than 80 metro police officers would be deployed in anticipation of chaos in the city from today. He said the officers would also ensure safety with regard to smash and grabs, hijackings and other robberies targeting motorists.

"We urge everyone to exercise caution and JRA will be monitoring all travel patterns and prioritise the busiest intersections," he said.

"We have consulted with social development to assist in moving the homeless people [at] the bridge to alternative shelters."

He urged motorists to be patient, start looking for alternative routes to bypass the closed off section of the M2 and to leave home earlier.

Johannesburg Taxi Association spokesperson Gcina Mabizela said lack of communication on the road closure will cause a lot of confusion. 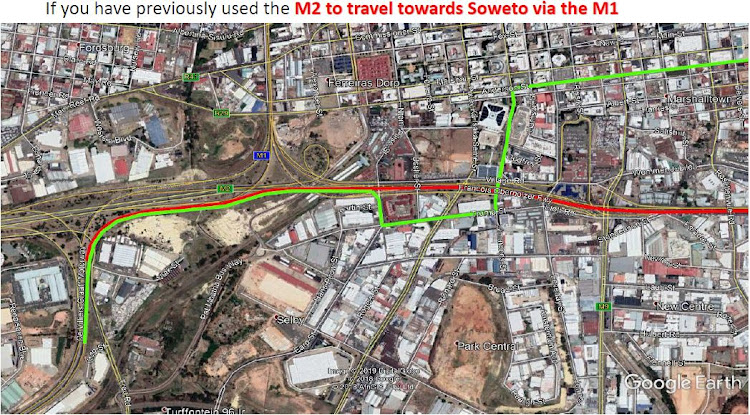 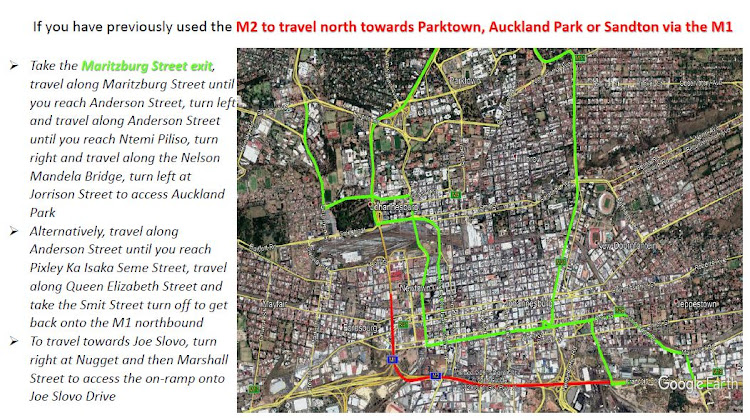 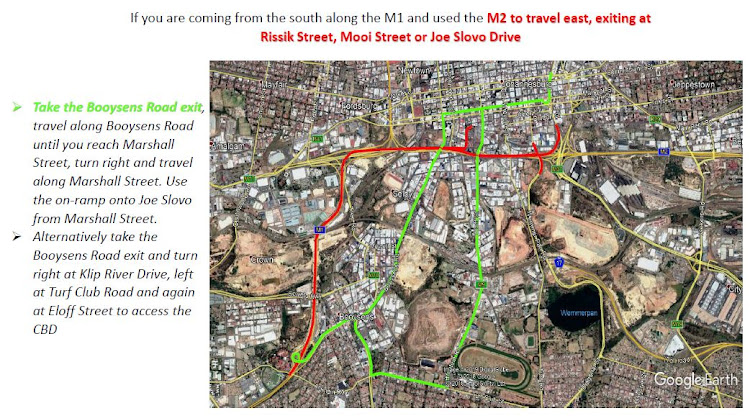 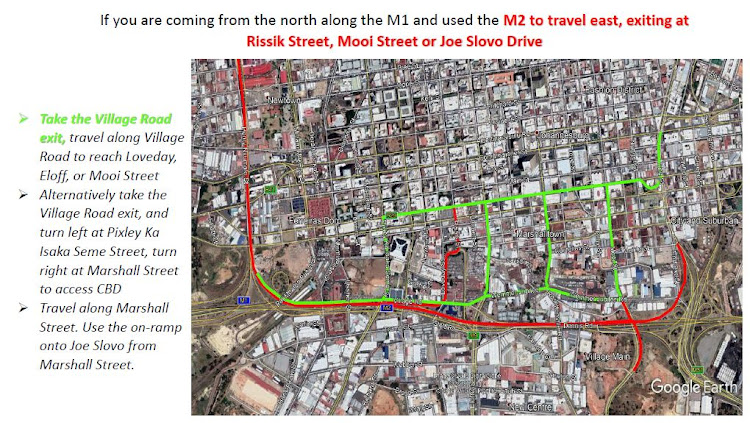 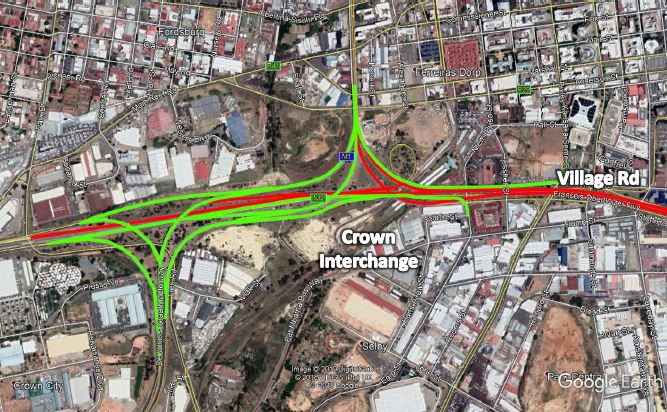