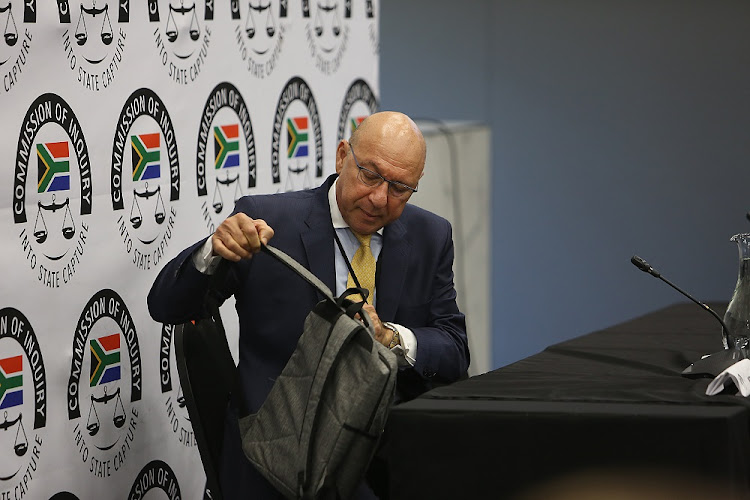 Testifying at the Zondo inquiry into state capture on Thursday‚ Manuel said when these controls were removed and reckless spending occurred‚ the poor were directly affected.

"When we drafted the PFMA‚ there was a fundamental shift from the old norms. The focus was on outputs and responsibilities ... It requires people to act in the best interests of the public. That shift is fundamentally important‚" he said.

"When there is reckless spending‚ almost inevitably‚ people who are dependent on public services‚ the poor‚ are denied access. In the context of state capture‚ it is actually an endeavour to remove those kind of controls.”

Clinton Ephron has detailed to the state capture inquiry how its Optimum coal mine tried to renegotiate its contract.
News
2 years ago

Manuel began his testimony outlining the importance of the president’s oath of office.

"My understanding of our constitution is that it vests responsibility‚ executive authority‚ in the president. There's no higher authority.

"In respect of the appointment of ministers‚ the constitution doesn’t give anybody else the authority to do so. In the oath of office of the president‚ there’s a commitment to act within the interests to advance the republic and oppose that which weakens it‚" he said.

His comments related directly to one of the commission's terms of reference – to investigate the extent to which the Gupta family had influence over the president in appointing and axing cabinet ministers.

Former Glencore chief executive Clinton Ephron has described two meetings with Eskom in which the utility's then acting boss Brian Molefe shut down ...
Business
2 years ago

Eskom has laid criminal charges with the Hawks in relation to the power utility's coal supply agreement (CSA) with Gupta-owned Tegeta.
News
2 years ago
Next Article