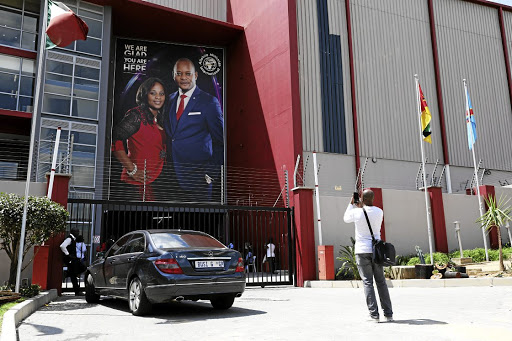 Controversial pastor Alph Lukau is being investigated by the Commission for the Promotion and Protection of the Rights of Cultural, Religious and Linguistic Communities (CRL) for his claims that he resurrected a dead man.

Thoko Mkhwanazi-Xaluva, chairperson of the CRL, said the Alleluia International Ministries pastor will be summoned to explain himself before the commission.

Lukau has received a backlash for claiming he resurrected a man identified only as Elliot at his church in Kramerville, Sandton in Johannesburg, on Sunday.

This was after a video clip of the so-called "miracle" showing a man carried in a coffin being surrounded by congregants and Lukau went viral on social media.

In the video the man, who appears to be gasping for air, then rises up with a bewildered look in his eyes as Lukau laid his hands on him, seemingly in prayer.

"What we have decided is to allow for a section 7 investigation to take place. We will send out summons to Lukau and might summon the burial services where the person was allegedly kept.

"We need to find out how long he was in a mortuary, who declared him dead and where his death certificate is," said Mkhwanazi-Xaluva.

She was addressing the media during the commission's National Consultative Conference in Irene, Pretoria, yesterday.

She said Lukau would have been stopped from abusing his congregants and allegedly infringing on their constitutional rights if there was a peer review mechanism which monitored the activities of religious leaders.

"With all the allegations [levelled] against him, by this time, if he was under an organisation, he would have been suspended by now pending the finalisation of the investigation," she said.

She added that they will also summon the "dead" man to give his side of the story.

Lukau's church has since changed its tune, saying the "dead man" was actually
"already alive" when his "body" got to the premises of the church and that Lukau had only "completed a miracle that God had already started".

Meanwhile, as the fallout over Lukau's preferential treatment by cops continued yesterday, the City of Johannesburg said a viral video of metro cops escorting Lukau to church was taken in 2017 and that the practice has since been stopped.

Mayor Herman Mashaba said the city has limited resources that cannot be made available for the exclusive use of one individual.

Three days have not even passed, yet a church that claimed to have resurrected a man is now backtracking from its "miracle". As pastor Alph Lukau's ...
News
3 years ago

JMPD has admitted that it escorted church ministers prior to the appointment of its new chief, David Tembe.
News
3 years ago

Controversial pastor Alph Lukau of Alleluia Ministries - who made headlines after claiming to raise a man from the dead on Sunday - has been accused ...
News
3 years ago

Social media responded to Pastor Alph Lukau's 'resurrection' of a 'dead man' with the Resurrection Challenge.
News
3 years ago
Next Article