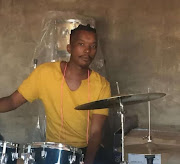 Image: Suna_Rizmo via Twitter Police are looking for a gang of high school students who allegedly killed Thoriso Themane.

A video clip showing a 27-year-old Thoriso Themane from Polokwane being killed, allegedly by a group of high school pupils, has emerged.

The musician from Flora Park suburb in Polokwane is seen bleeding profusely while his attackers brag about his murder.

"The big five is about to murder a person," one of the group members can be heard saying.

Police spokesperson Colonel Moatshe Ngoepe said they were investigating a case of murder after the incident in Flora Park at the weekend.

"It is alleged that on Sunday night a 27-year-old man was found lying along one of the streets in the City of Polokwane by a community member. The victim was taken to hospital but certified dead on arrival. The police were summoned and started with the initial investigations, which revealed that the victim was assaulted by a group of people in the area and one person is currently taken in for questioning," he said.

Ngoepe said the motive behind this incident was not clear at this stage.